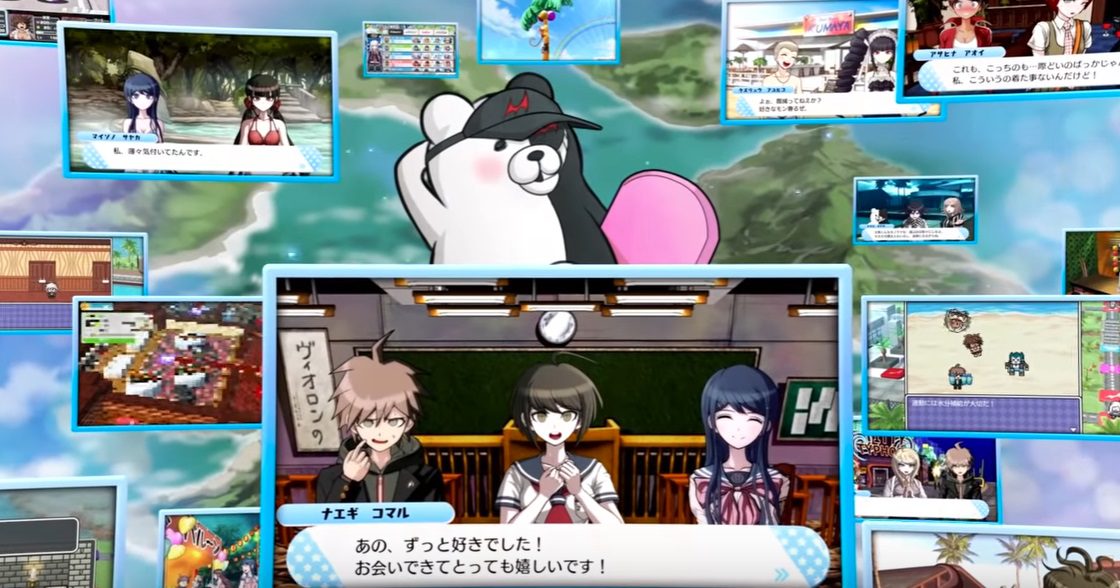 We are gradually bearing down on the release of Spike Chunsoft’s murder compendium Danganronpa Decadence, which will package together four titles from Kazutaka Kodaka’s cute, compelling, and chaotic murder-mystery franchise for the Nintendo Switch platform. The publisher released a brief Japanese overview trailer spotlighting this quartet of games.

As a quick reminder, Danganronpa Decadence will include the Anniversary Editions of Danganronpa: Trigger Happy Havoc, Danganronpa 2: Goodbye Despair, and Danganronpa V3: Killing Harmony in one handy Nintendo Switch release. Also included in the collection is a brand new title, Danganronpa S: Ultimate Summer Camp, which sees the huge cast of heroes and villains from all previous titles reunite for a sun-soaked, tabletop-style adventure. As previously reported, Danganronpa S is a real love letter to the entire Danganronpa franchise, with the return of many popular characters and some lovely new artwork. It is, however, powered by both microtransactions and gacha mechanics.

Spike Chunsoft openly embraces this mechanic in its most recent information dump for the title, using the example of a player wanting a “Swimsuit Nagato” card simply being able to visit the Nintendo eShop and purchasing it outright, rather than spend their time grinding for it. Cards will retail for $0.99 USD each, or three cards for $1.99, or five cards for $2.99. Finally seeing all of these characters interact with each other — in a brand new format, no less — is a delight, but it’s a real shame to see that this exciting new franchise entry is revealing itself to be little more than a fan-fest storefront.

Regardless, this does not take away from the greatness that is the Danganronpa trilogy. And it will certainly be neat to have these classic titles on the Switch. Danganronpa Decadence will launch in North America and Europe December 3.