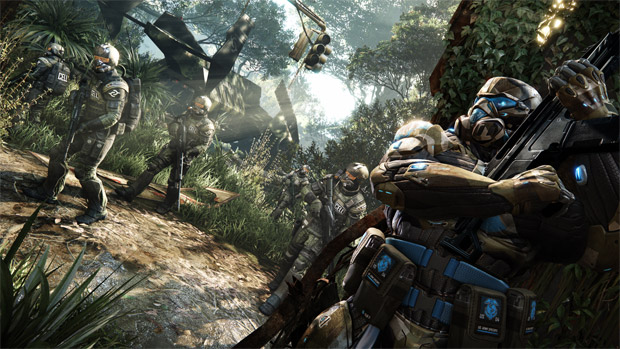 New game will be ‘much more radical’

Ahead of the five-year anniversary of Crysis, Eurogamer spoke with Crytek CEO Cevat Yerli about the future of the franchise, where the studio is headed with free to play, piracy, and why they didn’t make Far Cry 2. A few points of discussion were particularly interesting to me, though the full interview is worth reading.

Previously, Yerli commented that Crytek was in the process of transitioning from packaged goods into an “entirely free-to-play experience.” Is this still the case? “The truth is much more complicated,” he told Eurogamer. “There’s a transformation period for the industry. I believe free-to-play is our inevitable future. I believe there are F2P titles out there that can be story-telling, that can be co-operative with your friends and can be competitive with your friends.”

Continuing, he said that “the most important aspect is there is a psychological transformation of the customers and the publishers that has to happen before everything is F2P on every platform. We are promoting these steps with other titles we’re doing right now in our company. Crysis, we do have a plan for a F2P version of Crysis, but how this looks and when this will be done, whether this is the next one or the other next one, is to be decided.”

Yerli put all of this in context, noting that “effectively Crysis 1 and 2 and 3 are just about breaking even.” As for the next Crysis, “Normally in this time right now we would already have pre-production going on. But because we want to make this something much more radical and new we are looking at it as a bit more of a long term thing. It’s too early to talk about it for these reasons.”

Ditching Far Cry, piracy, gameplay and just about breaking even: Crytek on the ups and downs of the Crysis series [Eurogamer]