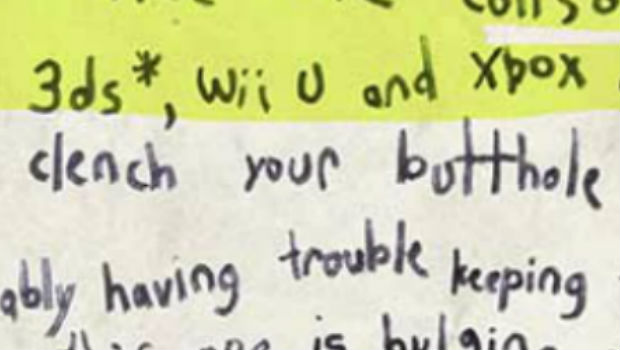 ‘Hope you can clench your butthole for a few weeks’

[Update: Once midnight had passed Ed McMillen confirmed these ports of the game were real on Twitter. The game is not censored in any way on any of these platforms].

so for those that only read headlines, binding of isaac rebirth is FOR SURE coming to WiiU, new 3DS & Xbox1 soonish! https://t.co/NG2zNOdkkS

The Binding of Isaac: Rebirth for new 3DS, Wii U or Xbox One is not censored in any way.

We just got this mysterious message in our inboxes that mentioned a multiplatform release for The Binding of Isaac: Rebirth, on the New 3DS, Wii U, and Xbox One. The note states that yes, it is for the New 3DS and not the 2DS or older models. That would interestingly make it the second exclusive for the platform after Xenoblade Chronicles 3D. If it’s real.

“See you next month or something.” Maybe? Maybe not (probably not), but I came for the ridiculous note and was satisfied.