A new 1080? Snowboarding would hit the spot

The last three times I’ve written about Club Nintendo rewards, Kirby made his way onto the list. That trend continues today with the new set of game offers available until January 19, 2015:

My Super Nintendo days were spent playing Super Star, not Dream Land 3. In fact, I never played the latter; my regret grows each time I’m reminded of that fact. I’m watching a playthrough on YouTube and it’s so pleasant. Oh my god, Rick the hamster rolling Kirby at 11:50.

Jonathan reminded me that he covered A Kappa’s Trail years ago during our Faxtoid stunt for April Fools’ Day in which staff wrote out posts by hand and then scanned and uploaded them.

I’m gonna republish that right here, right now because I can: 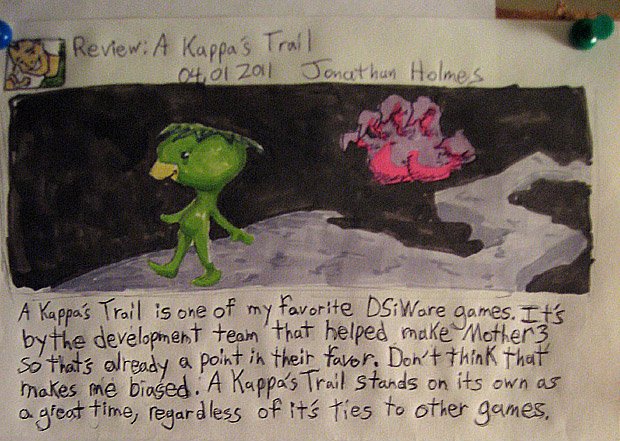 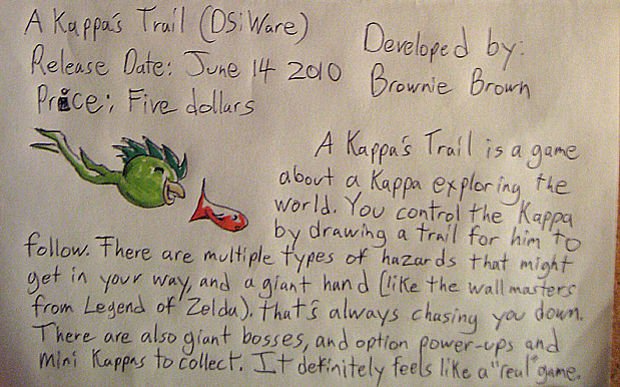 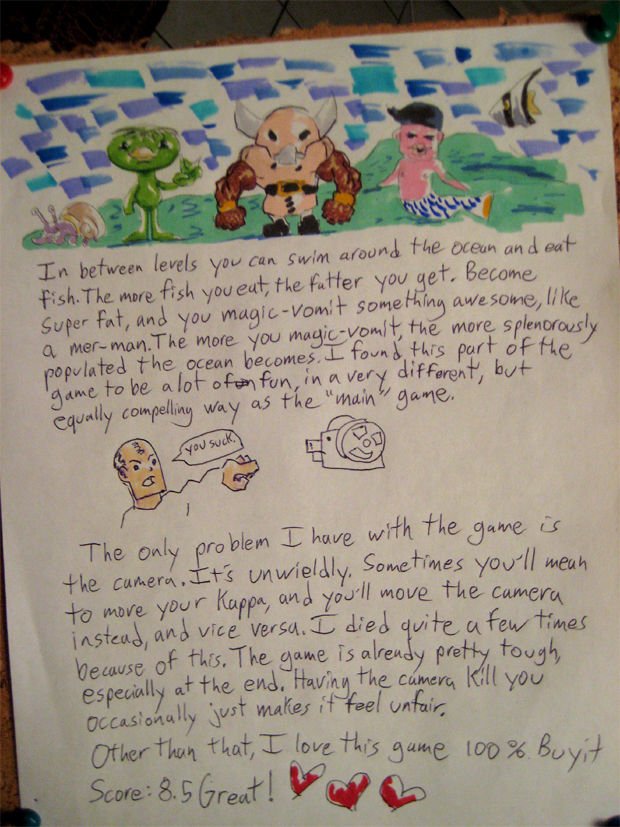