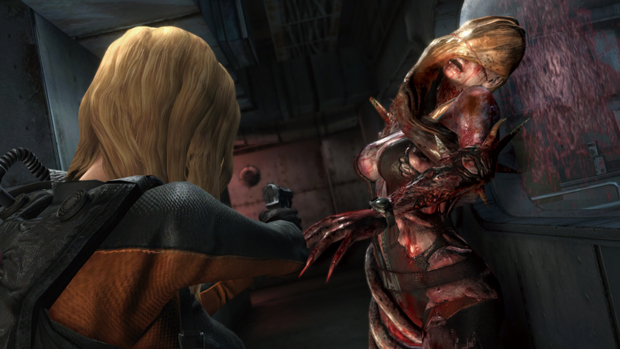 Rachel, on the scene!

Resident Evil: Revelations‘ Raid Mode was on display at PAX East this past weekend and now Capcom has dropped a trailer showing it off for all the world to see. Featuring Rachel, an agent with the anti-bioterrorism taskforce, the video follows her through the title’s new arcade mini-game as she lays the smack down on a variety of terrifying bio-organic weapons.

I’m surprised just how well Revelations has translated from the 3DS to the big screen. Despite enjoying the original game quite a bit, I had some concerns about it making the jump to consoles and PC. However, after getting some hands on time with it just a few days ago, I’ve cast all fears and aspersions aside. Resident Evil: Revelations is coming to PC, Xbox 360, PlayStation 3, and Wii U on May 21 in North America and May 24 in Europe.