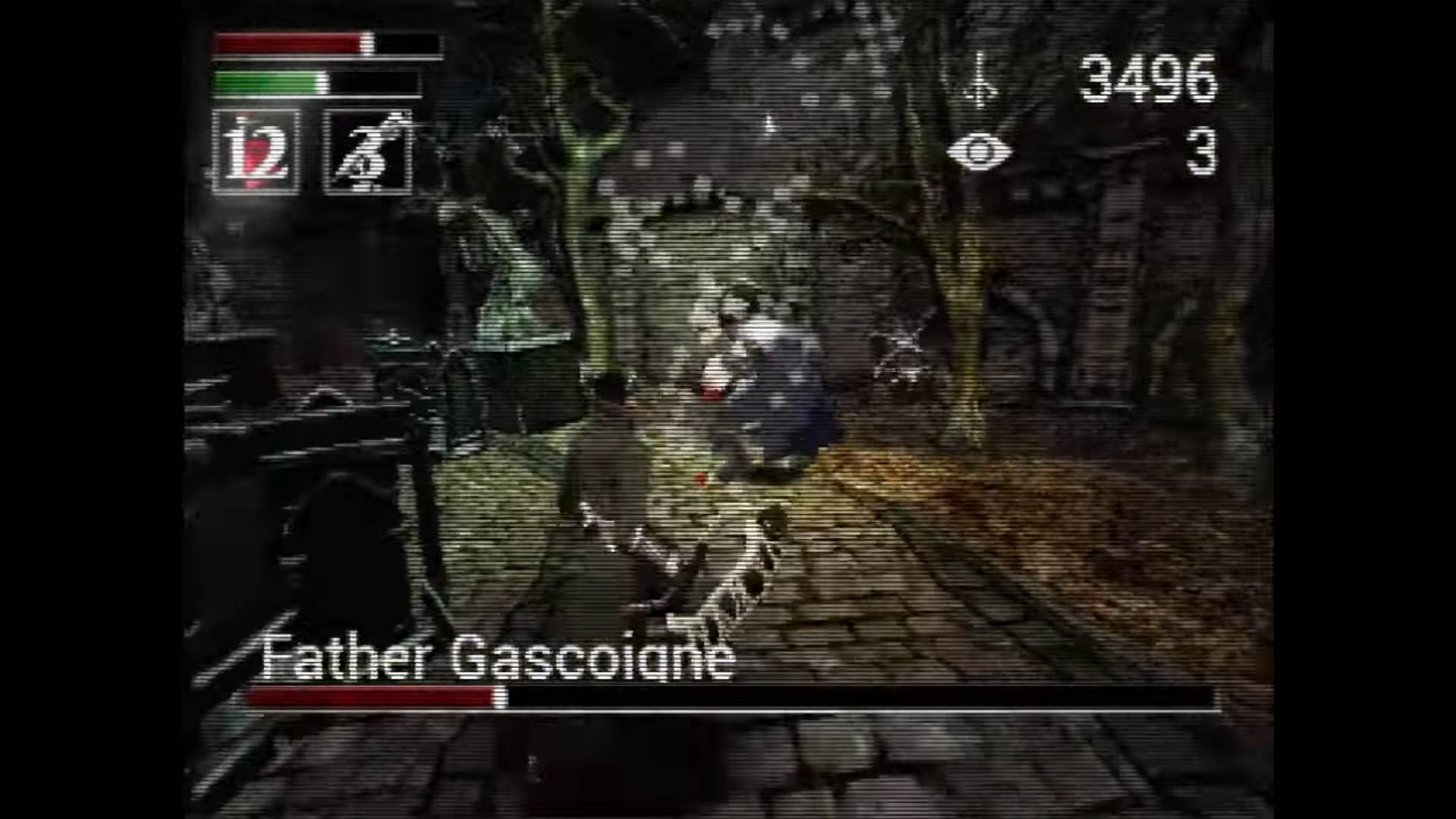 We’ve spotlighted the Bloodborne PS1 demake a few times on here now, and each new update has been pretty rad to follow. Lilith Walther and the folks behind the demake have been showing off some impressive stuff, from new enemy types to a Cleric Beast fight, and now, Father Gascoigne is in the mix.

In a new video, the developer showcases the Father Gascoigne fight from the earlier parts of Bloodborne. This is probably one of the most recognizable fights from the game; it’s early on, directly on the main path, and it teaches you a lot about Bloodborne‘s systems. (Parrying, for example, is important.)

The demake devs have transplanted the Father into the lo-res world of the Bloodborne demake, and amazingly, it doesn’t really lose what makes this fight so good. There’s still the maze-like grave markers, providing desperate cover and also sometimes impeding a desperate retreat. I love the animation above Gascoigne’s head when the parry lands; that rotating “R1” is very PlayStation-era in its look.

And the transformation! His transformation into his beast form is great, and the way he starts howling, ripping, and tearing through the battlefield is really neat to watch.

In the comments, Walther says development is still ongoing—the game is currently unfinished, so elements like the fog wall and some attacks are still missing.

“That being said, we’re getting closer and closer to a finished game (BBPSX will be the first few bosses only),” said Walther. “And I can’t wait to share it with you all when it’s ready!”

And I have to say, I’m looking forward to it myself. I’m curious to see how far it goes, and it’s a testament to the core of Bloodborne and the work of these creators that the game’s atmosphere and tension can still be so effective, even when running on some PSX limitations.