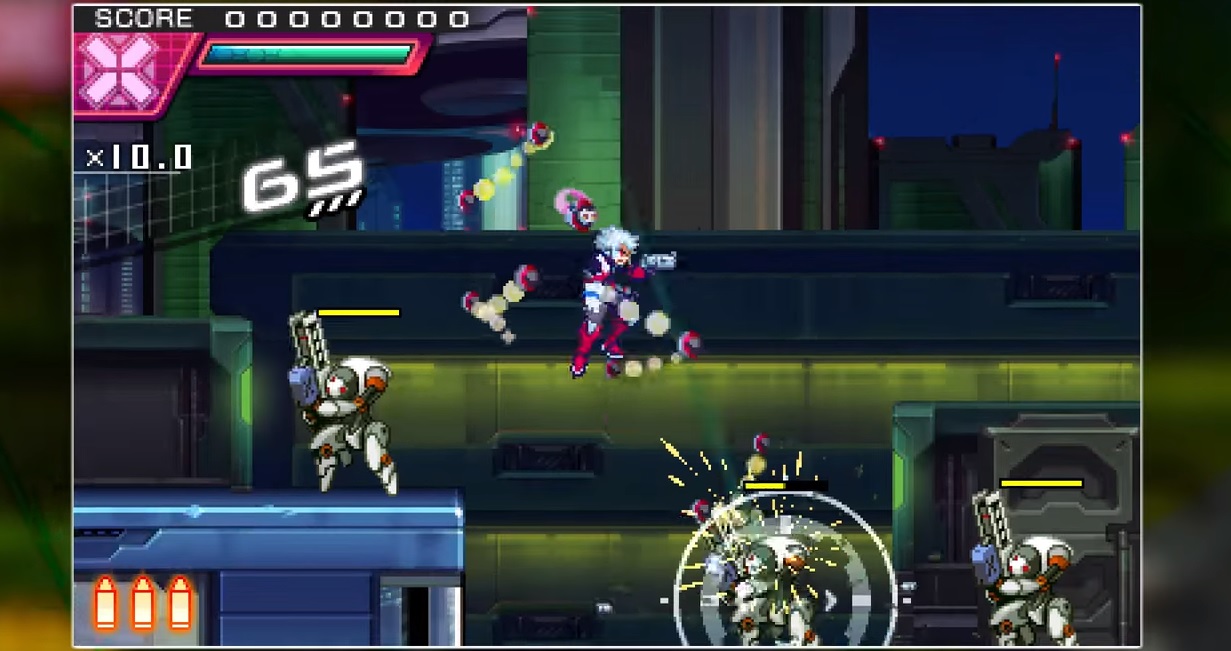 That makes two Azures and no Mighty No. 9

I know I’ve said this before but I still find the whole Mighty No. 9 delay situation hilarious. At this point we have not only one, but two Azure Striker Gunvolt games that will likely come out by Inti Creates (who is co-developing Mighty) before it’s actually released — and they were both announced after Mighty was Kickstarted.

But let’s focus on the present here. Azure Striker Gunvolt 2, it looks great! And it’s coming in the summer of 2016, based on yesterday’s Nintendo Direct. Players will be able to select both Gunvolt and Copen, and the game itself will be priced at $14.99 on 3DS. No word on a PC port yet.