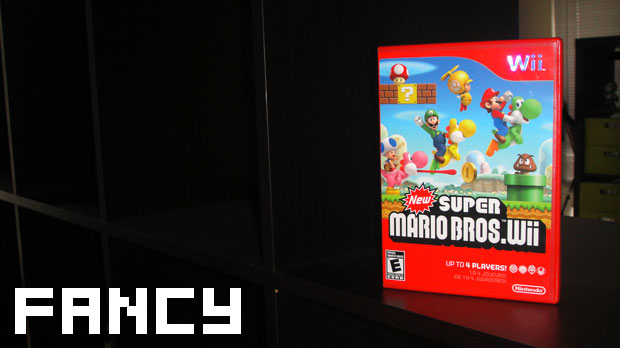 A final retail copy of New Super Mario Wii arrived today, and as promised, the box is fancy.

Unlike the normal, boring white boxes that most Wii games come in, New Super Mario Wii will hit shelves in a red box. It’s accented by the game’s fancy cover art, which while also in red, also features the Wii logo in a foiled silver. I repeat — totally fancy.

To give you an idea of how not fancy this could have been, I put the art sleeve into a plain old vanilla Wii box. You can see that after the jump. If they had done that, there’s no way it anyone would have bought this thing. Am I right?