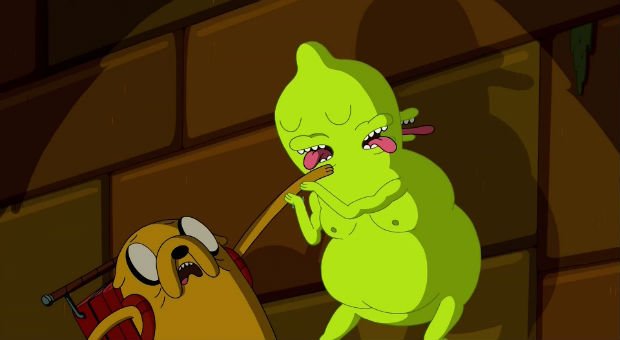 Adventure Time, that delightfully trippy Adult Swim cartoon masquerading as primetime Cartoon Network material, is receiving a brand new game in the form of Adventure Time: The Secret of the Nameless Kingdom, due out November 2014.

WayForward is taking the development reins for the third time, introducing a top-down action-adventure and puzzle-solving setup this time around instead of a dungeon crawler or platformer/RPG. Finn and Jake will be playable characters who explore the Nameless Kingdom, a previously unexplored region of the Land of Ooo (convenient!) so they can run into all sorts of nasties to fight off. Hopefully there’ll actually be more than a few sentences that tie into the mythos this time, too.

I’m getting the vibe that this go-around might more closely resemble a Zelda game than anything else, but I’m hoping it’s a better attempt than the last two games, which were sorely lacking tighter mechanics and engaging gameplay. In any case, we’ll see what happens with the game come November. Maybe we’ll get some actual screenshots, too.