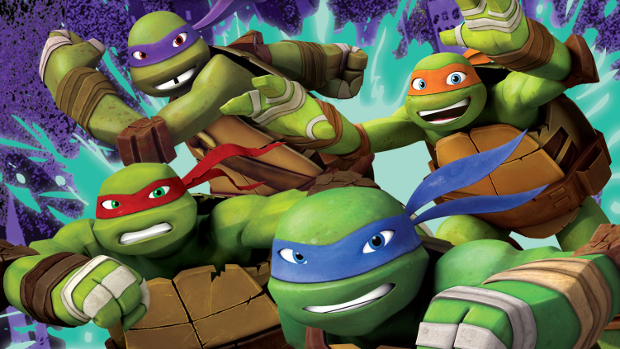 Donatello has a gap in his teeth now I guess

If you are like me, you have not really followed the Teenage Mutant Ninja Turtles in a couple decades. The last thing I really remember was 1991’s The Secret of the Ooze and Turtles in Time on the Super NES. Sure, I have heard snippets about the movie that came out this year, but what I was not at all aware about was the Nickelodeon show currently in its second season.

That show is what Teenage Mutant Ninja Turtles: Danger of the Ooze is based on. Specifically, it looks to bridge the gap in story between the second and third seasons. Though it may all feel unfamiliar to those who have not been following the series closely, there is still some good news for the jaded former Turtles fans: it is being developed by WayForward (Contra 4, DuckTales: Remastered) as a 2D sidescroller.

Teenage Mutant Ninja Turtles: Danger of the Ooze is set to release this fall on 3DS, PlayStation 3, and Xbox 360. There is no word at this time for any plans of a current generation console release.