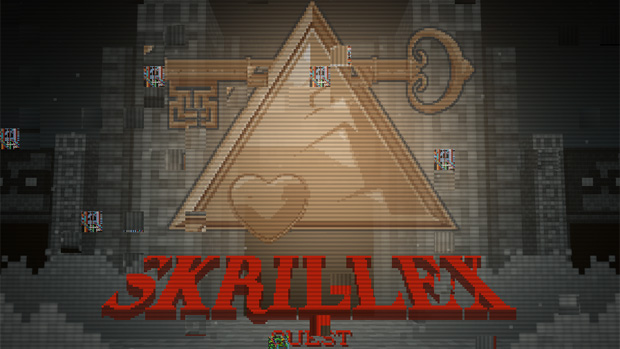 I’m pretty sure I’ve lamented in the past that I don’t know what the kids are into with the music anymore. So, understand that I have no idea who this “Skrillex” person is, but I’m getting the idea that he’s kind of becoming a thing.

Skrillex Quest is an advergame created by design firm Joda (who also did this amazing Perfect Strangers game) set in an NES cartridge which is experiencing glitches due to a piece of dust. “P1” must save the world from the spreading glitch in a Zelda-like exploration game which is a fair bit deeper than first glance would suggest. The game features a bunch of collectibles and easter eggs and each zone of the game has a time limit pressuring you to find them all before being forced to move on.

It’s pretty fun. I’ve given it a few tries but have still only managed to complete half of it by the end. I don’t really know that it’s selling me on Skrillex but, hey, Joda seems to be doing some cool stuff. Do they have a band?