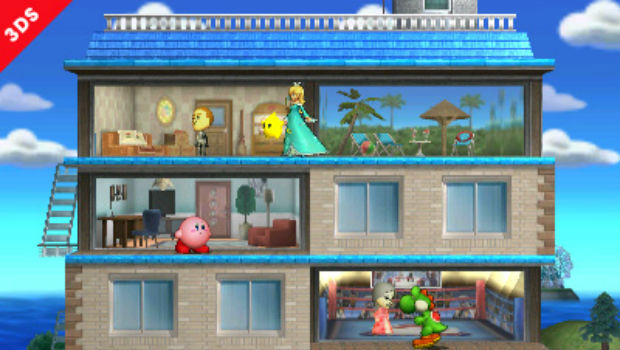 I’m glad Nintendo is paying so much attention to Tomodachi Life. Someone over at the Smash Bros. team really likes the quirky game as well, since it’s going to make an appearance as a stage on 3DS.

What’s really crazy is that Miis will randomly live in the house, and they’re based off the data from your 3DS system — so you can create Muppet Miis and pretend that it’s a Jim Henson themed stage.

I’m not big on the 3DS and Wii U versions having different content, but this fits the portable nicely.