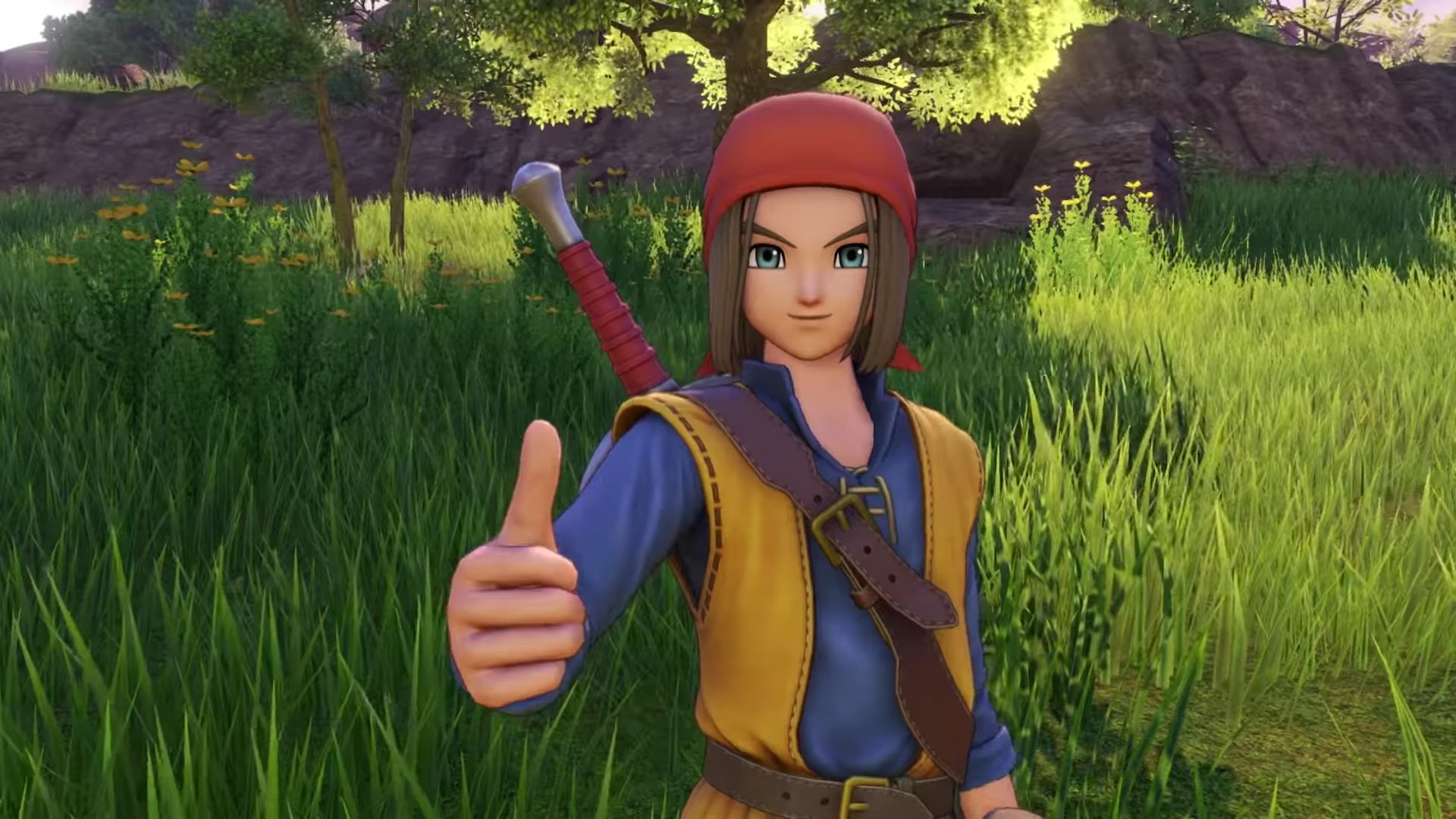 I’ll almost always go for an alternate costume if given the choice. Even when a character’s default look is inherently cool, I still feel compelled to change. Whether you have a similar habit or you just plain adore Dragon Quest VIII, you’ll be pleased to know that Dragon Quest XI has a free Trodain outfit.

The Trodain Bandana and Trodain Togs will be in your inventory “from launch and can be equipped to the Luminary character to boost defensive stats in the early portion of the game,” according to Square Enix.

Once you inevitably outgrow the Dragon Quest VIII digs, you’ll be able to use a recipe book called Trodain’s Top Trends to beef up the costume’s stats during the “later stages” of Dragon Quest XI.

I wonder what percent of players will opt for a wardrobe change. I much prefer this look.