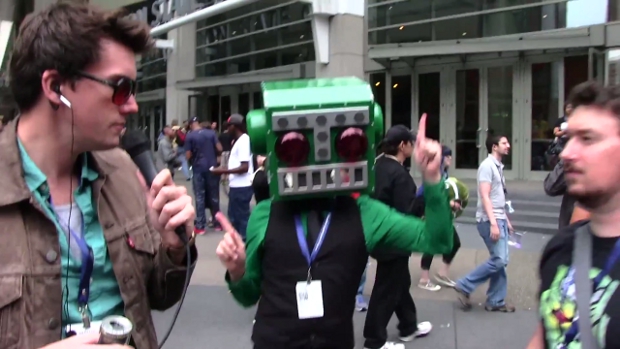 ‘This is so stupid!’

PAX Prime 2014 is winding down, but that doesn’t mean those of us at home can’t pretend like we are there, stalking Max Scoville as he roams the show floor. I was going to give a detailed play-by-play of the video here, but I have decided that just pasting the notes I took while watching will suffice. Hope you like animals!

So there you have it! The experience of walking the show floor with Max Scoville, and you didn’t even have to personally walk through a fart.