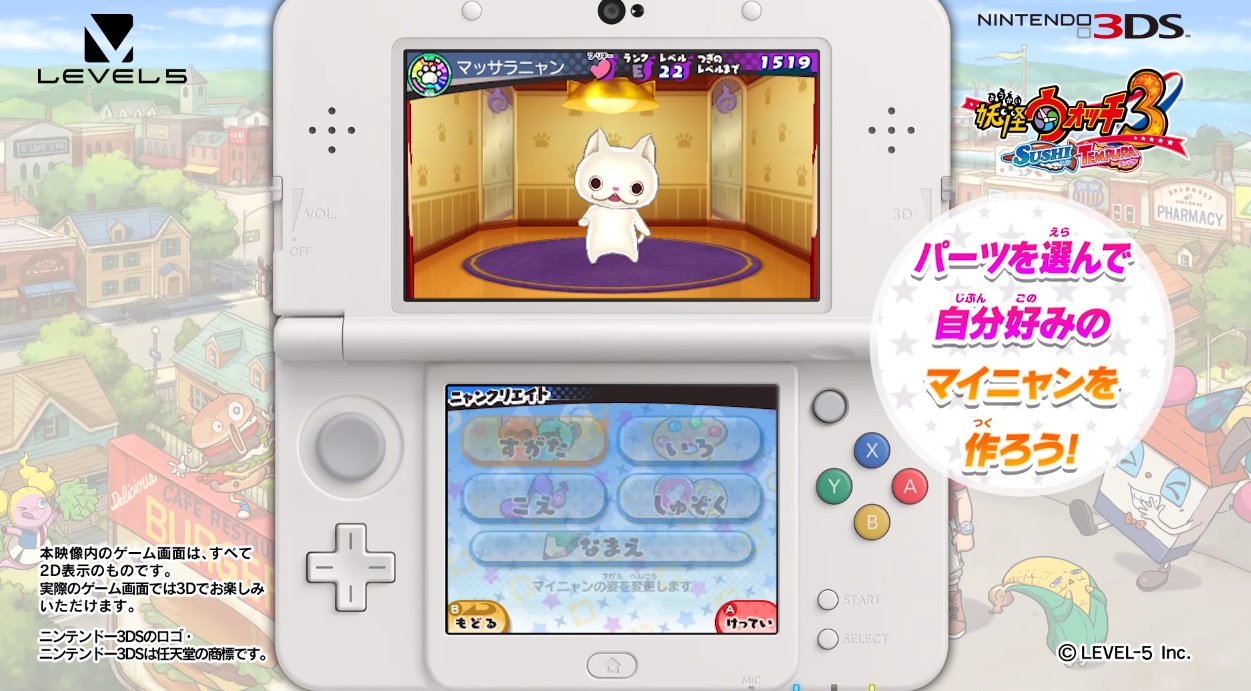 Jibanyan is the mascot of Yo-Kai Watch for a reason — people love cats, and they’re the best.

Level-5 is doubling down on the nyan too, as Yo-Kai Watch 3 will have a full on “My nyan” create-a-cat feature, which accommodates vocal and costume options. Who wouldn’t want a creepy king cat with an old man’s voice? If you look down at the second screen on a repeated viewings, you can see a lot of the options that’ll be available.

Yo-Kai Watch 3 is arriving in Japan on July 16, 2016. The second game was just announced for the west.