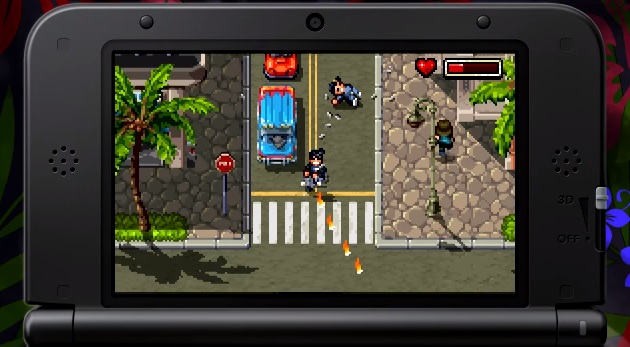 Following the announcement back in November, Vblank is showing new footage for Shakedown Hawaii, and the project is really coming along. Set for a PC, PS4, Vita, and 3DS release, this time, the style is going for a 16-bit look.

As for the Wii U, Vblank infamously had sales issues when the game was finally released for WiiWare, likely souring future prospects. Plus, with the impending announcement of the mysterious NX, indie developers are sort of in limbo — do you release your game for an already less popular system and chance it? There’s plenty of variables to take into account.