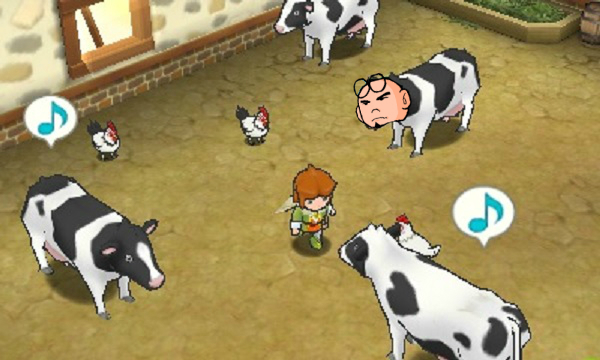 The Joy of Localization

The original title of this article was “XSEED named a cow Swag Lady,” which is also true.

There are several cows in Return to PopoloCrois: A Story of Seasons Fairytale, a cute and leisurely little RPG, if my brief time with the Nintendo 3DS exclusive this week is any indication.

XSEED localization specialist Tom Lipschultz certainly has a better feel for the game and franchise in general, coming to the studio’s fall showcase with a copy of the original 1985 manga in tow.

Lipschultz, beaming with genuine enthusiasm for PopoloCrois in a way only a true fan could, was more than happy to tell me more about the series than I could possibly retain.

Which brings us back to the cattle. Being the soiled philistine that I am, one of the few details that stuck with me was a story about bovine, specifically, a cheeky naming process that resulted in one of the dairy cows being christened “Hideki” after the ill-tempered Platinum Games producer.

So, if you’re milking Hideki after Return to PopoloCrois launches early next year, make sure to take a snapshot and tweet it at Kamiya. He’ll probably block you, but it might be worth a laugh.