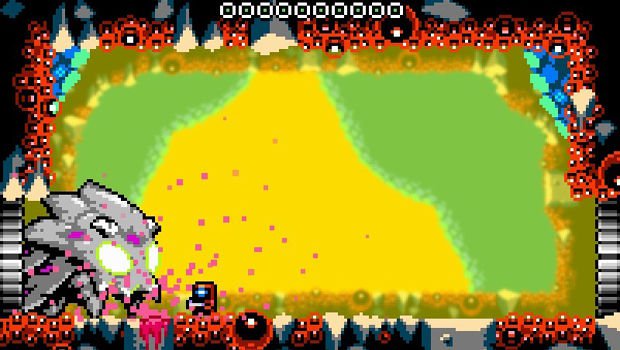 Submitted to the Wii U eShop

[Update: Renegade Kid has clarified that due to “technical limitations,” they may not be able to offer a Cross-Buy code for previous owners. New owners should get a code though.]

Xeodrifter, which initially launched on the 3DS and is now coming to Wii U, will be Cross-Buy when it arrives on the latter platform. It’s $9.99 for both, and if you currently own the 3DS iteration right now, you’ll get the Wii U one for free retroactively. Cool! Since the Wii U version has been submitted to Nintendo, it could arrive any week now.

In other Renegade Kid related news, Xeodrifter has been doing poorly in Europe, to the point where day-one sales in the US surpassed the EU ones to date. For what it’s worth, although Xeodrifter consists of a much smaller scale than I’d like to see out of a Metroid-like game, it’s still a fun action romp.