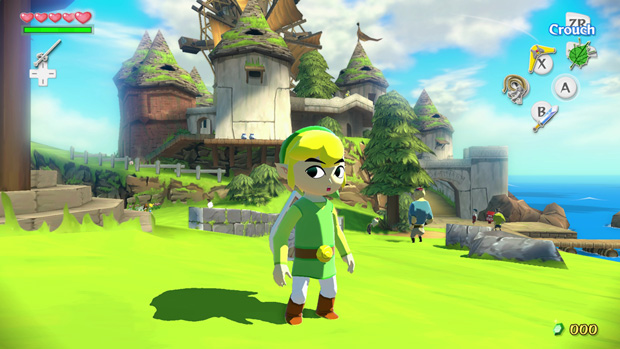 Zelda: A Link Between Worlds is also coming in November for $39.99

When combing over Nintendo’s fall lineup, did you notice one major detail regarding a certain waker of winds? Although Nintendo has confirmed an October 4th release date for Wind Waker HD, it appears as if there’s a special caveat involved for digital adopters. Yep, the digital version of Wind Waker will instead launch on September 20th, a whole two weeks early. It’s a neat idea for sure to increase digital sales — one they’ve already done with Super Luigi U.

Nintendo also revealed the full details for the upcoming 3DS game The Legend of Zelda: A Link Between Worlds, as it’s launching on November 22nd for $39.99. I think I speak for a lot of people when I say, “I want both right now!”