Which Path will you choose?

The new MMO on the block, WildStar, is gearing up for its release this year, and the developers at Carbine Studios are cranking out new details as we near that. As if making choices in MMO games weren’t tough enough, Carbine Studios rolled out new information about its innovative Paths system.

During a preview event held by NCSoft and Carbine Studios, the developers showed off many features they hope will win over fans of online games, and gamers itching for a sci-fi title that oozes humor and personality.

One of the core features of WildStar, which Carbine took time to shed more light on, was the Paths system. Similar to a class system, Paths are a unique style of play for players to engage in. The origins of the Path System come from the studio’s analysis of the play styles that players engage in from other online games. Jeremy Gaffney, executive producer on WildStar, took substantial time explaining the in and outs of how it works

“We broke [MMO] players into four players types,” Gaffney said, while elaborating on the path system. The creation of the path system came from Carbine’s examination of other MMO games and from the research of Dr. Richard Bartle, an author and games researcher.

In their observations, they found that most players often liked to focus on such areas as combat, exploration and traversal of environments, creating materials and resources for other players, and finally, achieving goals and solving complex and elaborate tasks. “We saw that many players liked to play their game a certain way, and we wanted to create a system to accommodate that,” explained Gaffney.

Because of this, Carbine created a system that rewarded players for taking part in these particular trends of gameplay experiences. However, they stressed that they wanted the Paths system to have a gameplay experience of its own that doesn’t automatically lend itself to combat. “We’re trying to not make paths critical for combat and raids and things like that, but we do realize that players will get inventive with path skills for certain things in combat,” Gaffney said. 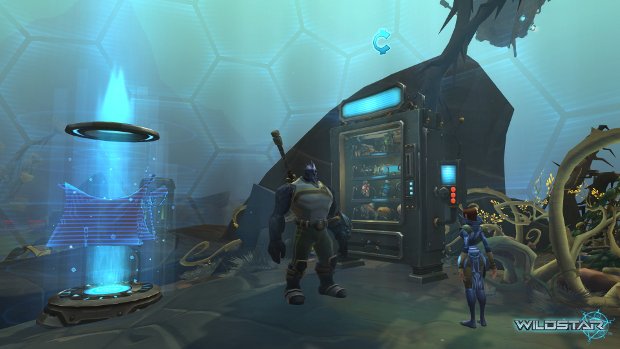 Previously, the Paths to choose from at past player events were the Combat Path, which focuses on action focused quests and objectives, and the Explorer Path, which focuses on exploration and traversal through complex environments. But two new choices were revealed during the preview session: the Scientist and Settler paths. 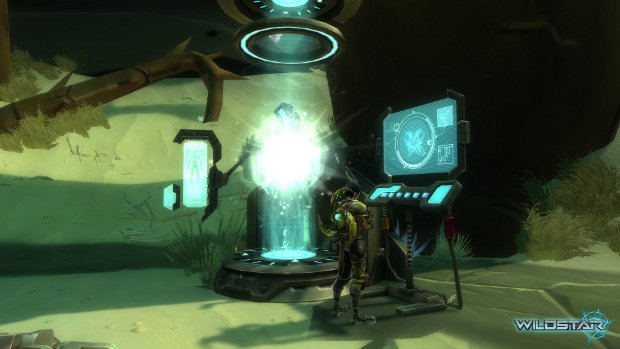 The Scientist path focuses on rewarding players who love to find out about the lore and story of the game while solving many of the game’s puzzles. Players choosing the Scientist path should expect to look through every nook and cranny of the environment for valuable resources and objects to scan. Scanning and finding valuable data will yield bonus XP for your character and boost your Path abilities. The Scientist path also gives players a small AI robot to assist them in their adventuring.

The Settler path gives players the chance to create structures and stations for players to shop for items and buff their characters while out in the field. Early on, players undertaking the settler path can help NPCs rebuild their towns and repopulate them with more characters.

This adds some neat micro-management gameplay to the MMO space, as other players can come and see what you’ve added to public areas. In the field, settlers can create camp fires for other players to use. These camp fires can add buffs and other positive boosts to characters, and the settlers who set up these camp fires — or any other structure — will gain bonus XP based on usage. Eventually, higher-level settlers will be able to create mounts for transport. 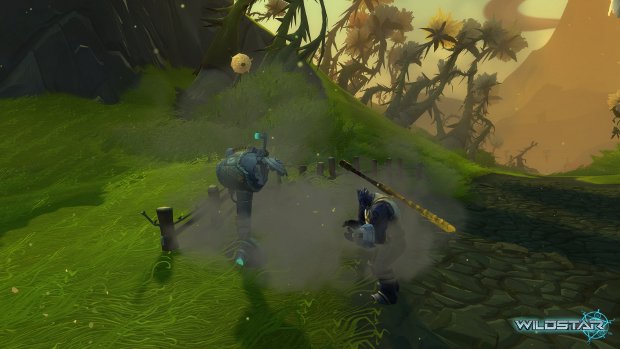 It should be stressed that the Paths and Class systems are two entirely different things that work in unison. While paths focus more on your play style, characters classes are still the traditional archetypes that RPG players are familiar with. Currently, the characters classes are the Warrior (melee focused), Stalker (DPS and speed), Spellslinger (ranged fighter), and the Esper (magic-user).

All fairly traditional, but the inclusion of the path system creates an extra level of depth during play. And despite the idea of being locked into classes and Paths after character creation, you are still free to engage in combat and item/gear creation.

As of now, WildStar is currently scheduled for release later this year. Until then, you can participate in the game’s beta and stress-test periods. Carbine Studios is currently accepting sign-ups now on the official site.