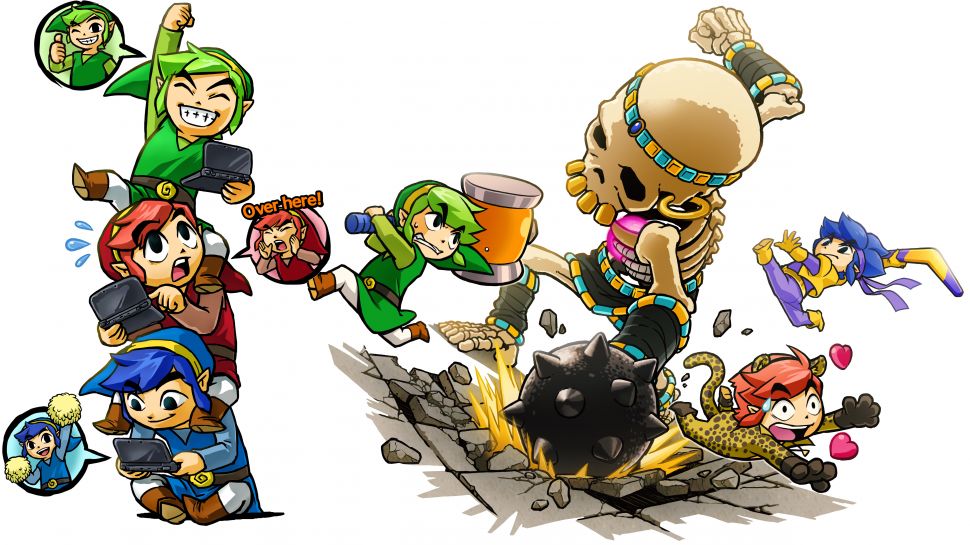 Update: Comments are paused as moderation was getting out of hand. Videogames! -niero

In an interview, The Legend of Zelda: Tri Force Heroes director Hiromasa Shikata explained why players can’t choose to be a female character. “The story calls for this sort of legend/prophecy where heroes will come together to help solve a problem,” he told IGN. “And in that, they are male characters. So, because the game is set with that as the story background, you cannot choose a gender; you are a male character.”

When further pressed on the issue, Hiromasa stated, “We do have a lot of female staff members who are playing this game and enjoying it. It doesn’t seem to be a big issue to them… And to be honest, Link isn’t the most masculine of guys in the world, depending on how you want to project yourself into the character.”

So there you have it, a prophecy — written by Nintendo — dictates you have to be a male character, and it’s totally cool because the women in the office like it, plus Link is pretty effeminate already.

Seems like a strange answer given you can wear a full Zelda dress as Link. Like Nintendo is down with crossdressing, just not allowing us to play as a female Link? Weird.