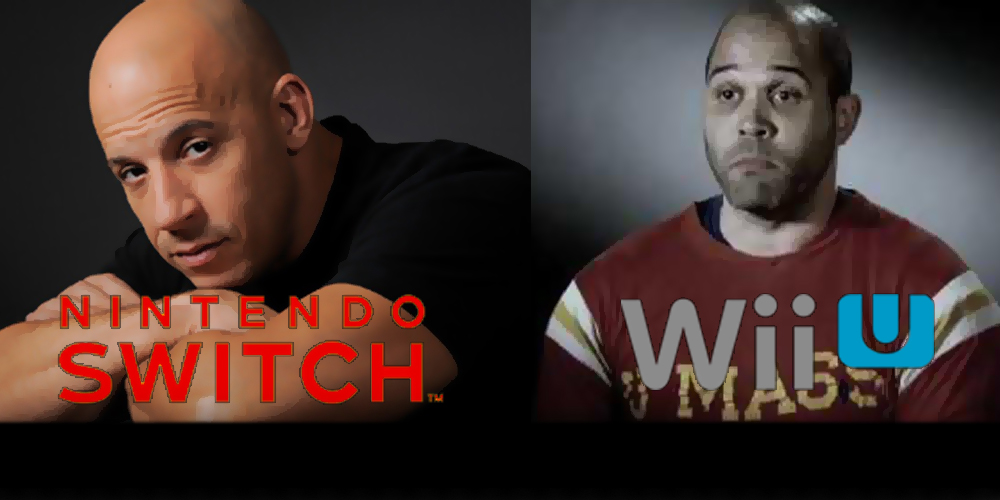 I made a guest appearance on the Polygamer podcast to announce that I’m on not one, not two, but four panels at PAX East this year. The podcast, and list of panels I’ll be appearing on, can be found here.

I didn’t spend much time talking about the panels though, as there isn’t a whole to say about them until they happen. Instead, host Ken Gagne and I talked about the recent kerfuffle surrounding children’s entertainer Pewdiepie, the difference between being a part of the games media as a hobby and just calling it a hobby in order to try to sound like an “everyman”, the good and bad motivations one might have for using the Gamergate hashtag, being a voice actor on 2064: ROM, my time as Destructoid Editor in Chief, and a whole lot more.

Weirdly enough, an offhand comment I made about the Dead or Alive series seems to be the part of the show that interested people the most. In fact, at least one person has gone on to write their own analytical essay about my off-the-cuff comments. Isn’t that weird? It’s also a shame, because I did a terrible job of making my point clear on the podcast in the first place. It wasn’t a priority for me. In fact, I had completely forgotten I said anything about the series until people started coming after me on Twitter for it.

But hey, if my opinion about Dead or Alive and the ideas it shares about violence against women is that interesting to people, I guess I might as well spend thirty minutes writing about it in more detail for this web log (another word for ‘blog’). It’s the least that I can do, for you, the readers of Destructoid.com.

“It’s not the same kind of sexual objectification that I think could make things like the Dead or Alive series of fighting games problematic because they just actively promote like beating a woman”– Jonathan Holmes, via Polygamer (36:00-36:15)

That’s the quote attributed to me in the article in question. Did I actually say that? Probably. I didn’t listen to the episode myself, and we recorded it weeks ago, so I don’t really remember. But I’m going to trust that this quote is accurate. Maybe it was during the tangent where I talked about how Lollipop Chainsaw can be empowering and fun? I’m not sure.

Either way, it’s easy to read this quote and guess that I think the Dead or Alive games could promote violence against women because they are fighting games where most of the characters are women. That’s too bad, because nothing could be farther from the truth! Just like with  Skullgirls: 2nd Encore (one of my favorite games), I love that most of the characters in Dead or Alive are women, and I don’t think that aspect of either game sends the message that abusing woman is OK.

I mean, that would be pretty silly thing to think, right? These are fighting games. The whole idea behind them is that two or more characters consent to a contest where they will hit, and will be hit by, someone else. If anything, it could be viewed as progressive for games like this feature more women than men.

No, the reason that I think the Dead or Alive series could be seen as actively promoting abusing women has to do with the cut scenes. Dead or Alive: Dimensions, a retelling of the story of the first four Dead or Alive games, features one scene in particular that is easy to interpret as pro-domestic violence. In the scene, Hayate, one of the main characters in the game, hits Ayane, one of the other main characters, in the face in order to shut her up.

Context counts for a lot here. Hayate is not a ‘bad boy’ in the game. This in not GTA, where it’s understood that most of the main characters are morally reprehensible and are not to be treated as role models. Hayate is presented to us as a noble and honorable protector. In fact, right before he hits Ayane in the face, his father was telling him that he was next in line to be the leader of their ninja clan, because he is the ‘best boy’ (my words, not his).

Hayate’s history with Ayane is also important. Hayate had been protecting Ayane ever since she was a child. He was selfless and kind to her, and it’s clear that they love each other, though if that love is platonic or not is often left ambiguous. He even sacrificed himself to save her from being killed by her rapist father in a prior scene in the game. What a good guy!

So when Hayate, the games idealized male protagonist, hits Ayane in the face when she says something he disagrees with, it means something different than when they fight in a contest. He is using unprovoked violence to control what she says and doesn’t say. This is all in front of their clan leader, who sees nothing wrong with what looks like obvious abuse. He doesn’t say “Hey Hayate, maybe hitting Ayane in the face because she talked isn’t a super cool thing to do”. Instead, he says something like “Hey, don’t fight you two. That’s annoying.”, and the scene moves forward without any further discussion between the three of them.

Shortly after this, Ayane is seconds away from stabbing herself in the neck. That’s how shaken she is over Hayate hitting her in the face, but not for the reasons you might think. She’s not mad at Hayate at all, and doesn’t blame him for hitting her and humiliating her in front of the clan elder. In fact, she’s feeling guilty about what she did wrong, which in this case, was to speak her mind. She’s worried that Hayate is still mad at her for doing this, and for not trusting his sister Kasumi, which is wrong, because it’s.. it’s an independent thought?Either way, it’s clear that she defines her worth largely by how much Hayate approves of her, and worries that she’s a bad person for disagreeing with him.

You’d think that Ayane’s mom might try to set her straight on her self-blaming, co-dependent ways, but that’s not what happens. Her response to the situation is something like “Don’t worry Ayane. Hayate is just stressed out right now. I’m sure he still loves you. Just wait for him to calm down and everything will be fine.”

This is the exact pathology that goes on in many domestic violence situations. A man devalues woman by hitting her. The woman feels confused and guilty. She doesn’t want to feel that way, so to feel better, the woman works to win back man’s approval. As such, the man is emotionally rewarded for hitting the woman, and consciously or subconsciously learns that hitting a woman gets him love, approval, and control. The man may feel so close to the woman after this that he will even say that he is sorry. The woman feels close to him to, and also accomplished because she earned his apology and approval again. Then a day, a week, a month, or a year later, the patter will repeat.

But like Levar Burton once said, you don’t have to take my word for it. You can read all about it here. And if you want to see the scenes I’m talking about from Dead or Alive: Dimensions for yourself, they start pretty close to the start of the video below.

If you watch every scene in the game, you’ll see another of the game’s male “heroes” Jann Lee, throwing Liefang, a young woman who defines her own worth by her relationship with Jann Lee, into a large wooden table. When confronted with how this might not be an OK thing to do, both Jann Lee and Liefang say something like “Don’t worry about it. We have a special relationship. It’s OK.”

I’m telling ya folks, there are quite a few leading men in these games who think it’s just fine to control women with violence, and they’re pretty darn good at getting away with it too. None of the women in the games control any of the men in the same way. At least, that’s how I see it. If I’m missing something, definitely let me know.

So does that mean that the Dead or Alive games are “problematic”? Like I said on the podcast, I think that that depends on who plays them and in what context. Something that’s a problem for me might not be problem for a 13-year-old princess, or an 81-year-old hamburger enthusiast, and so on. My guess is, the Dead or Alive games won’t have much of an effect on 999,999 out 1,000,000 people. Most will think that the story is crap, so they’ll ignore it, leaving them with the main message conveyed by the series’ gameplay. The message there is that women can kick just as much, if not more, ass than men can. They also wear much more interesting clothes and are less boring in general.

But I can also imagine someone playing Dead or Alive: Dimensions coming away with a very different idea. Maybe this person is in Russia, where some forms of domestic violence were recently decriminalized, or in Australia, where violence against women is at epidemic levels. Maybe they’re a kid who is questioning if it’s OK to beat their sisters, or girlfriends, or, later, their wives. Maybe Dead or Alive: Dimensions is one of their favorite games. Maybe they see Hayate hit Ayane in the face, and how he is treated with respect and admiration throughout the game, and think “Well, I guess I’ll do that too someday.”

On the other hand, if the game had shown Ayane kicking Hayate’s ass in retaliation for trying to shut her up, then maybe he would have thought “Huh. Maybe I won’t do that someday.” But it didn’t.

I know a lot of people want to believe that games have no affect on how we think and feel in real life. They want games to be a guilt-free escape from reality where nothing they experience matters. And for a lot of you, that’s exactly what they are, most of the time. But for some people, some of the time, games can have a deeper affect. For a few, they can be literal life savers.

Even if they never cut that deep for you, there is no question that the relationship we can form with games can feel very real, which is why most of us at this website care so much about games in the first place. You can’t say “games don’t have any psychological effect on me” and “I define large swaths of my identity by my love of games, and I think about games for hours a day” in the same breath and not sound like a hypocrite.

So that’s why I think that the cut scenes in Dead or Alive: Dimensions, a game that represents the first four games in Dead or Alive series could be interpreted as a story that actively promotes the practice of beating women. It’s still a pretty fun game though! I gave it an 8.

Thanks for the help, Calvin!