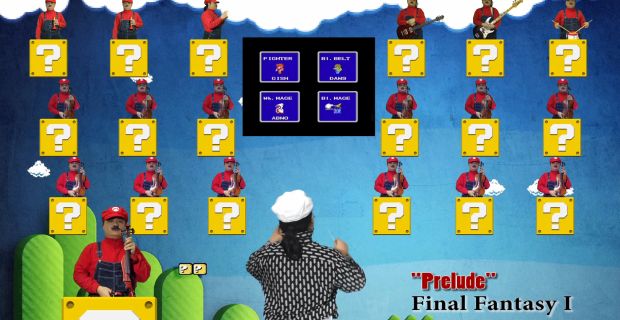 The one man Mario band

The Mini Mario Orchestra took a bunch of musical numbers from a variety of role-playing games and strung it all together to create the “Epic RPG Medley.” It’s not just J-RPGs, as there are some songs from Skyrim and Mass Effect in here as well.

There’s a bunch of other videogame covers over on his YouTube channel worth checking out while you’re at it.