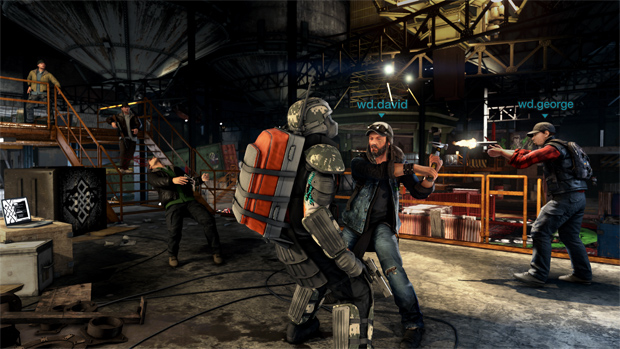 Well, two, if you count the RC toy car

Really? No one — not even the guard with his gun already drawn — noticed that noisy remote-controlled toy car with the bomb strapped to it? I guess folks playing the Watch Dogs DLC should use it and nothing else if it’s really that good at sneaking into restricted areas.

Bad Blood hits first for season pass holders on September 23, followed by a wide release on September 30. Aiden Pearce is sitting this one out, hence the RC car “Eugene” and its driver, the hacker T-Bone.

The pack’s 10 story missions are set after the game’s conclusion and there are also new Street Swap side missions in which you and a buddy can fight against various Chicago criminal groups.