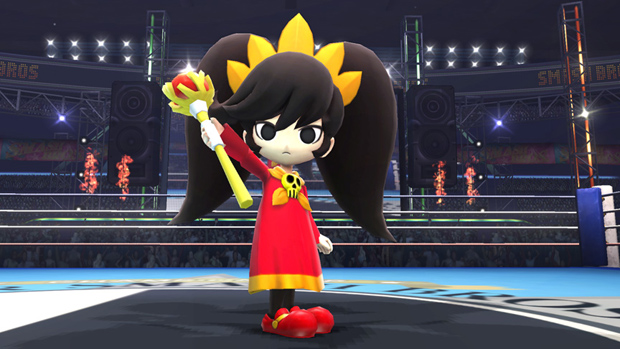 While she won’t be a playable character in Super Smash Bros., the fact that Ashley of WarioWare fame is included in the game at all warms my heart. She’s going to be an Assist Trophy. We’ve only got the one screenshot to go on, so I’m hoping her devilish companion Red will also make the cut.

Not to rain on King Dedede’s parade — he’s a good addition to the roster — but this simple Assist Trophy is the bigger news item for me. WarioWare is among my favorite things Nintendo has ever put out and it’s a series that, as of late, hasn’t gotten enough love from the company.

Also, talk about a nice transition to 3D. She looks great!