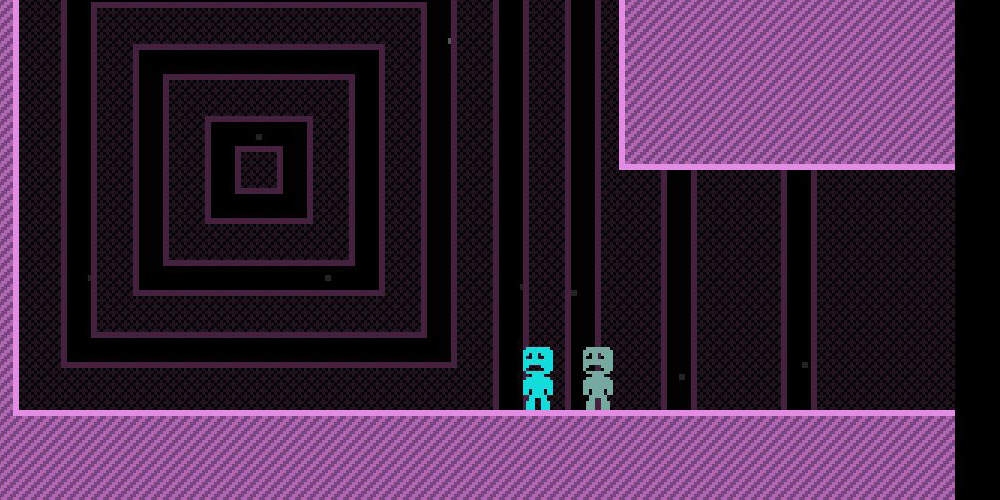 This game is for babies, and that’s a good thing

When VVVVVV was released on the Switch a couple of weeks ago, publisher Nicalis announced on the same day that the game was also getting a new co-op mode. It also has a couple of new graphical filters, like Isaac mode, but for the most part, co-op is the star of the show here, and deservedly so. It’s a perfect addition to what is arguably a perfect game.

Sadly, it’s not quite enough to hold my two-year old son’s attention for very long, but I think that’s more a reflection of his age than anything else. As you can see in the video below, he actually got into the game for about 30 seconds, which is a first for him. I attribute that to how simple the controls are and a few of the particular aspects of how the co-op mode in VVVVVV was implemented.

It could have been a disaster, as the game was designed from the start to be a solitary, challenging affair. Co-op mode changes all that. Instead, it becomes a game of follow the leader, where the more skilled player in your pairing inevitably gets through a level first and, in doing so, shows the other player the way.

You can’t push each other, and every checkpoint works as a respawn point for dead characters, so both players remain in the game, and in control, most of the time. The only time there is any push-and-pull is when moving around the open world parts of the game, as whichever character moves to the next screen first decides where the pair will go next.

But is co-op worth the double dip if you already have the game on the 3DS? If there is someone you want to introduce the game to who would otherwise never play it on their own, then absolutely. Sharing the experience of VVVVVV with a loved one was even more fun than discovering it myself for the first time all those years ago.