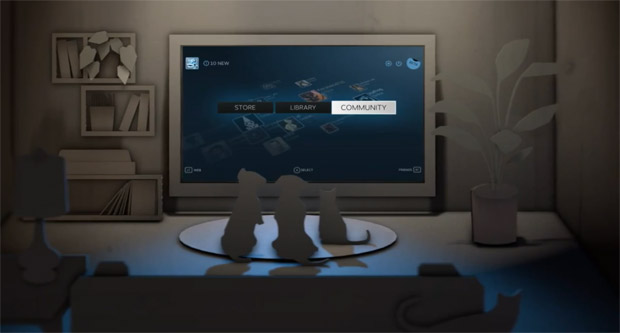 ‘We also think other people will as well,’ says Newell

Speaking to Kotaku on the red carpet at the 2012 Spike VGAs, Valve’s Gabe Newell openly discussed the company’s intention to enter the living room with hardware of its own and said that there’s been a “stronger than expected” reaction to Steam’s Big Picture mode.

He anticipates companies will begin selling specialized PCs designed with the living room in mind next year, putting them up against the next consoles from Sony and Microsoft. “We’ll do it but we also think other people will as well,” Newell explained. Valve’s “hardware will be a very controlled environment.

“If you want more flexibility, you can always buy a more general purpose PC. For people who want a more turnkey solution, that’s what some people are really gonna want for their living room. The nice thing about a PC is a lot of different people can try out different solutions, and customers can find the ones that work best for them.”

Between Big Picture, Steam for Linux, and in the increasing success of the distribution platform, this is hardly an unexpected route for Valve to take. Hooking up a gaming PC to a big-screen TV is a joy not enough people get to experience; I hope this opens some doors for those who would otherwise never try it.