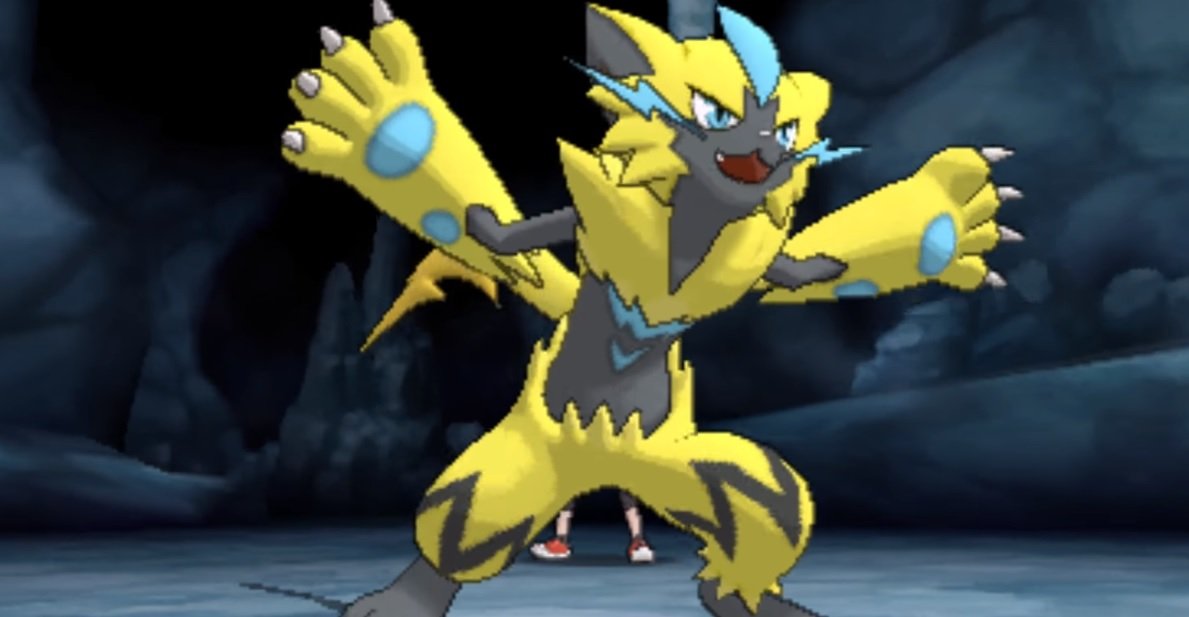 [Update: The Pokemon Company has confirmed that the distribution event will take place at GameStop in the US between October 19 through November 9.]

The seventh generation of Pokemon (Alola) is done. Caput. Finito. On October 1, that is.

Zeraora, the mythical creature that was revealed all the way back in April of this year, will become available on that date by way of a mystery gift distribution event for Pokemon Ultra Sun and Ultra Moon until November 15. Just grab your game, head to Best Buy or GameStop (or locales like GAME in Europe) and nab it — “further details” of exactly how (whether it’s a code or a mystery gift) will come later. Game Freak notes that it’s a level 50 Pokemon with Close Combat, Thunder, Thunder Punch, and Plasma Fists.

In case you haven’t been keeping track over the course of Pokemon‘s 22 year history, Zeraora is creature number 807 in the National Pokedex. It feels like there should be more, right? Well Game Freak has gotten away with not including “forms” and Mega Evolutions in the official listing.