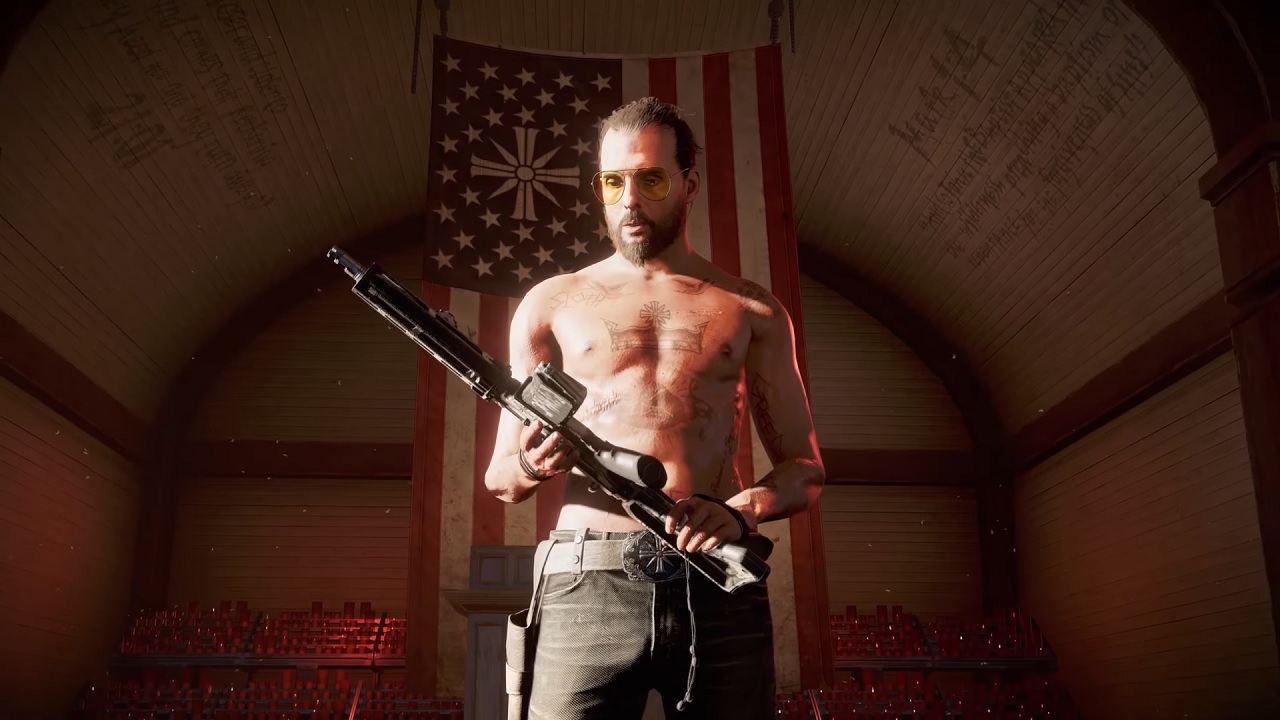 In the latest Far Cry 5 featurette, the three defining aspects of a destructive cult are laid out for viewers. First, there’s what’s known as a “totalitarian leader;” someone who is charismatic as hell and ultimately worshiped by members. Next comes “coercive persuasion,” which refers to the group’s ability to create dependency and “engenders undue influence.” And last but certainly not least, there’s “harm.” That’s when the bodies start stacking up.

It almost sounds too simple, doesn’t it? Cults usually get portrayed as complex and unknowable groups by the media, but in the Ubisoft video, a serious-looking dude named Rick Alan Ross rattles off the three characteristics like he’s talking about the Dewey Decimal System.

Granted, Rick Alan Ross knows what he’s talking about; he’s a cult expert. According to Ross and Ubisoft, the “deprogrammer” was consulted throughout Far Cry 5‘s development. Ross worked as a cult expert for 30-some years, which put him in a unique position to add credibility to the Eden’s Gate group.

There’s plenty of cool information in the Far Cry 5 video. I’d tell you more about it, but I’m too busy daydreaming of my new life as a cultbuster. Ubisoft’s open-world shooter is coming out next year.