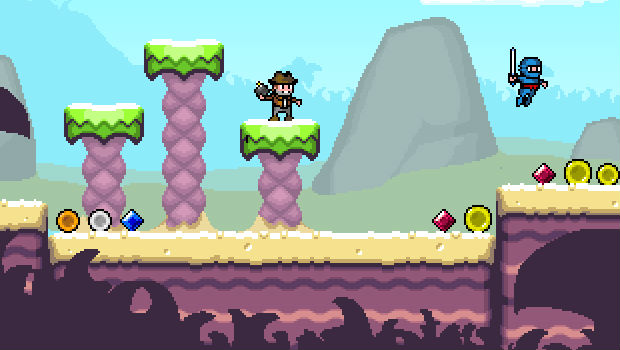 3DS is the only platform planned, with a possible Wii U release in the future

[Update: Jools Watsham has informed Destructoid that Treasurenauts will be at Nintendo’s booth at IndieCade in early October. The demo will feature three levels, one of which is a boss battle.]

Renegade Kid’s next retro-centric project, Treasurenauts, has just been rated by the ESRB, meaning that it’s coming up on a release at some point in the near future. Renegade’s Jools Watsham noted that will any luck, they’ll be aiming for December — which in my opinion is a pretty good window, given that it’s right after the huge two-console release rush.

Treasurenauts is a 2D platformer with collection elements, and will feature two player local-coop with options for single copy Download Play. If it’s anything like Mutant Mudds, it’l be a joy to play.