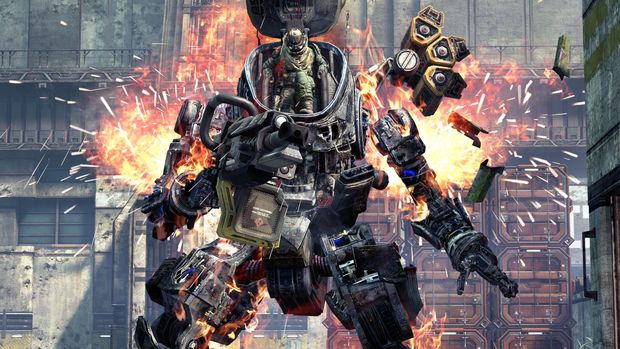 Servers will stay online for those who already own it, though

The mech-shooter that started it all for Respawn will start disappearing from digital shelves soon. Respawn Entertainment has confirmed that starting today, the first Titanfall game will be delisted from stores, though servers will remain live for those who own it.

In a message shared to social media, the studio said that Titanfall is part of the studio’s DNA. “It’s a game that showcased the ambitions of the studio when it was first released more than 7 years ago and it continues to be a beacon of innovation that we strive for in all of our games.”

A note about Titanfall. pic.twitter.com/Ew232HkUIo

Respawn will be discontinuing new sales of the first Titanfall game, and it will be removed from subscription services on March 1, 2022. For the longtime faithful though, the game won’t be forgotten. The studio says it will keep servers live for those who still own the game and want to drop into a match.

“Rest assured, Titanfall is core to Respawn’s DNA and this incredible universe will continue,” the company said. “Today in Titanfall 2 and Apex Legends, and in the future. This franchise is a north star for the caliber of experiences we will continue to create here at Respawn.”

We’ve gone through the question of whether a Titanfall 3 will happen a few times over now, so whatever that future looks like is still up in the air. Right now, Titanfall 2 is still available, and Apex Legends continues to incorporate more of the Titanfall side of their shared world into its own battle royale games. So for now, that seems to be the answer.

So for the few who have stuck it out, they will at least still have servers. What state that’s in is still a bit hot-and-cold given the Steam reviews and critical consensus. But at least those players will still have something, even if this delisting chips away at hopes for a big fix.