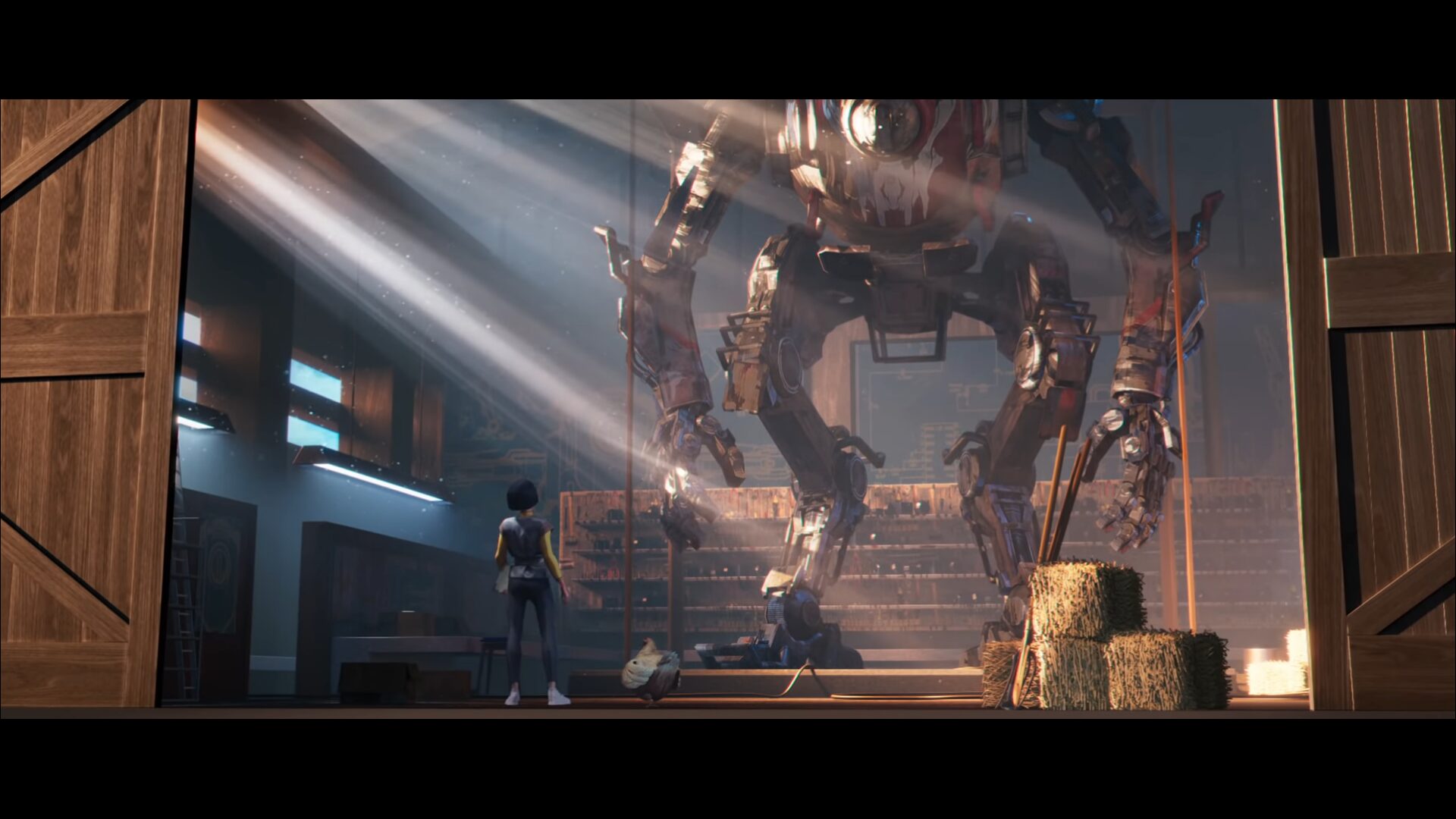 Oh no, I feel terrible about that boss fight now

Apex Legends has always been set in the Titanfall universe, utilizing many of the series’ weaponry and linking characters into the broader narrative. The latest story cinematic for the free-to-play battle royale is a serious gut-punch for Titanfall 2 fans, though.

The newest Stories from the Outlands, titled “Northstar,” premiered earlier today. Right away, we see some Titanfall imagery: specifically, a Pilot’s helmet. After a deal goes south, our main character Kairi Imahara even meets up with Titanfall 2 antagonist Kuben Blisk. But then she pulls out a card—an Apex card, similar to one held by the members of Blisk’s pack in Titanfall 2—and it becomes clear this isn’t just a quick cameo spot.

It’s revealed that Kairi is the daughter of Viper, one of the Titan Pilots that Titanfall 2 protagonist Jack takes down over the course of the campaign. Viper piloted the high-flying Northstar configuration, and you face off against him on top of a ship near the end of the campaign.

While Viper certainly makes an impression in Titanfall 2, “Northstar” is here to not only flesh both this character and Kairi—who’s joining the Apex Legends lineup as Valkyrie—but to make me feel pretty bad about winning that boss fight. Viper was cool as heck and has one of my favorite Pilot intros in Titanfall 2. Dang.

It’s nice to see the worlds collide, however. And the resolution it arrives at, with Kairi choosing to forego vengeance and forge her own path, even repurposing the Northstar wreckage to craft her own weapons (seemingly with the help of fellow Legend Rampart), is a solid one. Definitely makes me want to hop back into Apex Legends after a long time away.

Some Respawn devs had previously said that this upcoming season would have some Titanfall content in it, so we’re already off to a good start. It’s still not a new Titanfall, but since it seems iffy on when or if that will ever happen, these neat side stories that expand on the broader universe are pretty great, too.