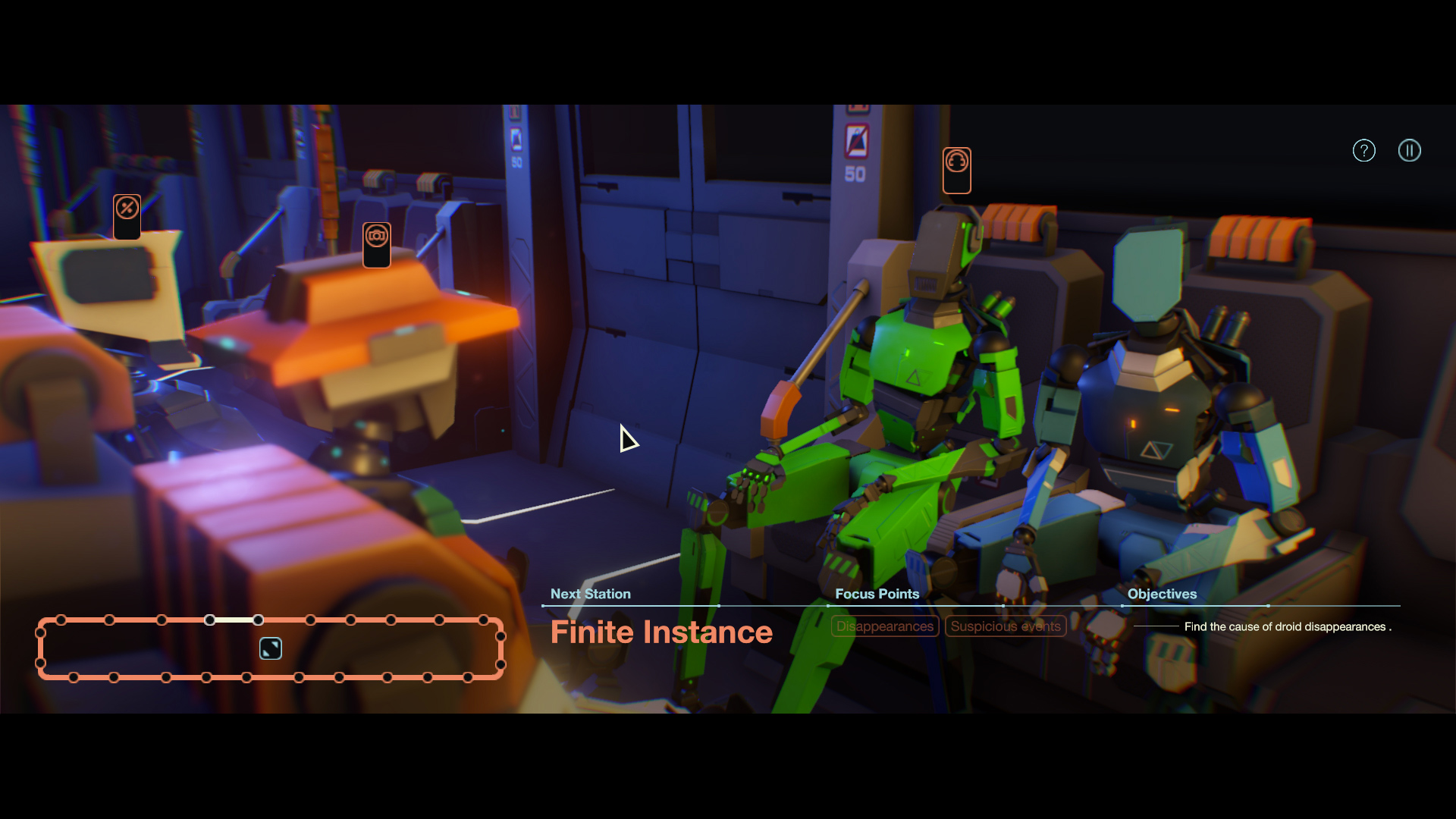 And it’s out… right now!

I do love a good surprise release. Mike Bithell of Thomas Was Alone and Volume fame has announced and launched his team’s latest game, Subsurface Circular, a “graphical twist on the classic text-based adventure.” It’s pitched as a single-sitting game and priced accordingly at $4.79 on Steam.

“A detective stationed on the Subsurface Circular investigates a series of disappearances among the city’s robotic working class,” reads the summary. “Collect words and phrases, then use them in dialogue puzzles to uncover the world’s secrets and determine its future.”

As you’ll quickly glean from this trailer, the writing and characterization will be what make or break this short but focused experience (and knowing Bithell’s prior work, there’s nothing to worry about there).

“My fear was hype: A hopefully good, polished short game could be ruined if we announced early and set false expectations,” he said of the surprise launch. “So, would that work? If we just launched a short game, announcing it at the point it goes on sale? Let’s find out in 5 minutes.”