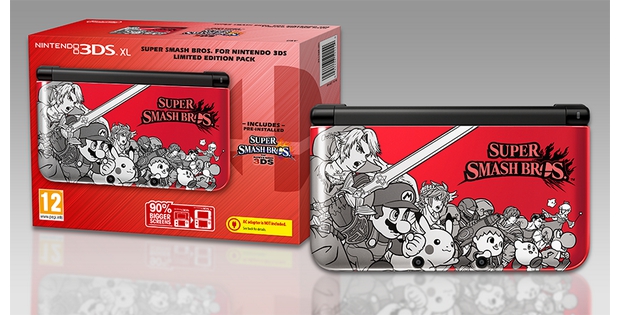 Gaze upon that glory above. It’s beautiful, isn’t it? I have always been reluctant to upgrade to a 3DS XL, but this might just be what kicks it over the edge.

Nintendo of Europe announced this bundle on its Twitter earlier. This handheld comes with a digital copy of Super Smash Bros., so players can get their Nintendo fight on and silently let everybody around them know it.