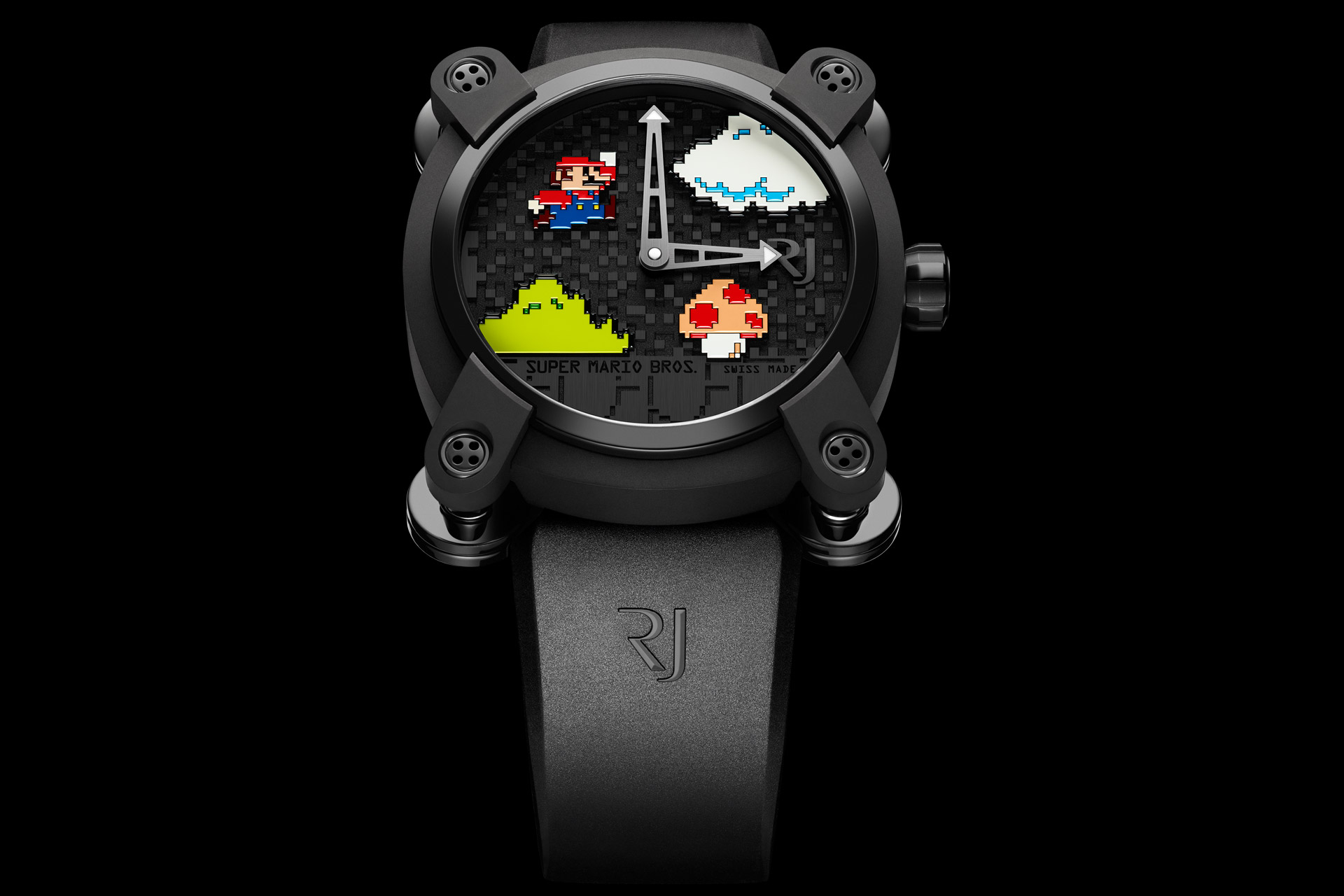 When you’re paid in the form of exposure to blog about video games, $27,000 seems like an unfathomable sum of money. For those who do have excessive amounts of disposable income and a somewhat-geeky inclination, however, the Swiss watchmaker Romain Jerome’s Super Mario Bros.-themed watch will be available at Nihonbashi Mitsukoshi for the department store’s 19th World Watch Fair.

This watch will set buyers back ¥2,700,000, which roughly converts to the aforementioned $27,000 USD. Although it does look remarkably similar to a watch found on Romain Jerome’s website for the much-cheaper-but-still-not-affordable CHF 15’555, or approximately $16,200 USD at current exchange rates.

I’ll be honest; if I had that much disposable income, a Super Mario Bros. watch wouldn’t be all that high on my list of things that I absolutely must own, nice as it may be. After all, I could buy myself 33 HTC Vives or, more likely, a disturbing number of Illyasviel von Einzbern figures.