A sexy recap of all the things you people do

[Every month, we on the Dtoid Community Team throw together a round-up of everything happening in and around the community! We’ll scour the cblogs and forums for awesome posts, recap our latest community playdates, highlight community podcasts, and give you the low-down on any NARPs you may have missed.]

November was an insanely busy month, both for me personally and for the Destructoid community as well! Babies were eaten, feasts were born, games were drunk, and people got played. No, really; it’s true!

Read on to see the proof! 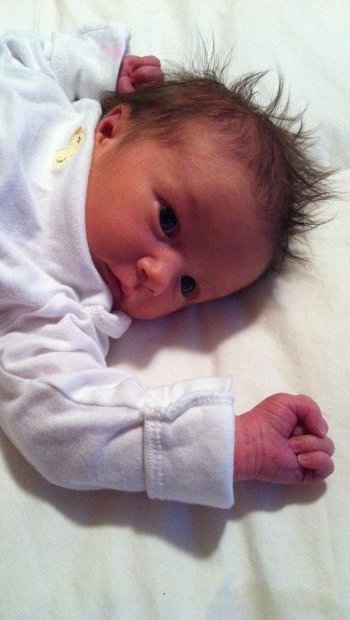 I didn’t manage to Promote as many blogs in November as I’d have liked, and for that I am truly sorry. You see, I took some personal time this month to push a human child out of my vagina, and I was so excited leading up to the event and so tired afterwards (and so confused as to wear this vagina came from), I just didn’t have as much time available to read the wonderful things you people wrote as I’d have liked. I suck, and I’m sorry 🙁

Thankfully, though, the two blogs I did manage to bring to the front page were wonderful. First up was crackedbat with his look back at all the things that surprised him over the course of the last generation. Check out his list and see if you felt the same way! And skirting in just under the wire was GlowBear’s analysis of what it takes to convey emotion properly in videogames. Thanks for the good writes, you two, and sorry again to any that I may have missed!

My absence certainly didn’t hurt the amount of Podcasts you people recorded, however! Thanks to the dedicated mic jockeys at the Cblog Fapcast, Communitoid, LowerTierPodcast, Pocketoid, Scary Granules, Secret Moon Base, Taco Tuesdays, Words of Crom, and ZeroCool, over 20 new community podcasts hit the airwaves this month — thanks for keeping us all entertained, guys and gals!

And speaking of entertainment, eight of you brave souls shared your gorgeous faces with the world in the theme of your favorite videogame for this month’s Artists Wanted assignment: Anaugi, anglorum, BeatBeat, KeithTheGeek, Kyle MacGregor, myherozero, Roberto Plankton, and rubenf! A full recap and your next assignment will be up early next week!

And that’s it for this month in the cblogs! I can’t wait to start promoting your Bloggers Wanted assignments and anything else you may write in December! Keep up the great work, everyone!

FORUMS, WE HAVE THEM
by Aaron “Mxy” Yost and Joanna “Zodiac Eclipse” Mueller, Forum Admins 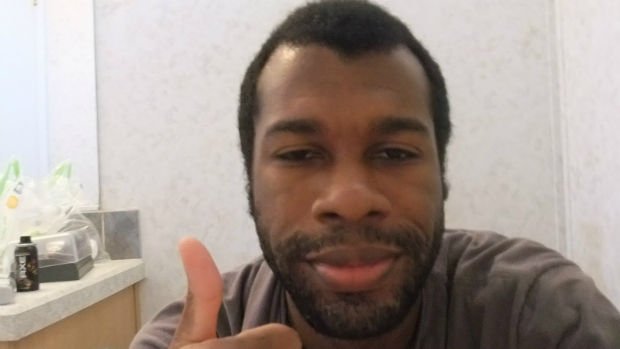 This month we celebrated American Thanksgiving and in my household that entails cutting up a dead bird and revising our plans for the zombie apocalypse. In lieu of actual research I usually spend my time reading up on new zombie games like ZombieU. I’m told it’s pretty much the bees knees in zombie simulation with a learning curve that will leave me glad real zombies haven’t taken over (yet).

Want to share stories of all the good eats you had last month, or the super noms you are planning for this one? Swing by our food and drink appreciation thread and tell us how deep frying makes everything better. (Also, bacon.)

Fans of Telltale’s The Walking Dead had their hearts ripped still beating from their chests and firmly curb-stomped this month with the release of the final episode of season one. You can find a shoulder to cry on over in The Walking Dead announcement thread.

Finally, with the holidays fast approaching now is the time to find amazing deals on games and gear. When you find those deals don’t just horde all the joy to yourself, share the gift of cheap gaming in our bargain bin.

PlayStation All-Stars Battle Royale came out, and surprisingly Sony’s answer to Super Smash Bros. ended up being pretty good! This month also saw the release of Hitman: Absolution, which is apparently about killing sexy nuns. Oh yeah, and Nintendo released a shiny new console if you want to exchange Nintendo IDs with other Dtoiders.

Since the year is wrapping up, now would be a good time to update your list of completed books, TV shows, and movies and your completed games for 2012! 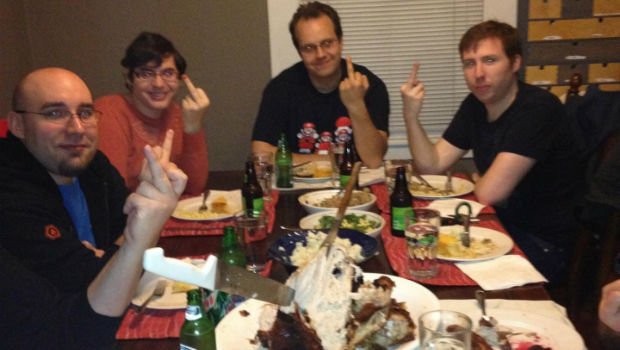 November gave us a couple good NARPS, by the way of BaltiNARP in the D.C./Batlitmore area and Dtoid Thanksgiving up in Seattle. Both these events went really well, fun times were had, and one of the hosts’ children walked into a room were three men were mooning a Kinect sensor in hopes of sending their asses to my television screen. They failed.

Dtoider Changston is having a dinner party in New Jersey on Saturday, December 15th, at 4:00 PM. If I was closer I would go purely on the chance that he might cook something, because that guy makes amazing edibles. If you want to attend, contact Changston via PM in the Forums, or in the Dtoid NY Google group!

As we go through the long, cold winter, it’s important to remember that you can NARP any time of year! If you has plans for something, or want advice, suggestions, or help with a NARP, let me know! 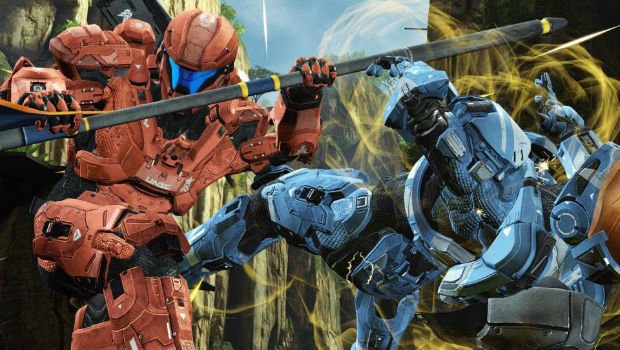 So, this is a month in which I actually get to post something different. I’m more than a little excited for this so buckle up.

So, yeah that’s about it. We played the ba-jeezus out of some Halo 4. It was a good time to be had by all, but it can be made even better. That’s right, I’m calling for more Halo. Let’s make it happen everybody.

Anyway, see you guys next month. 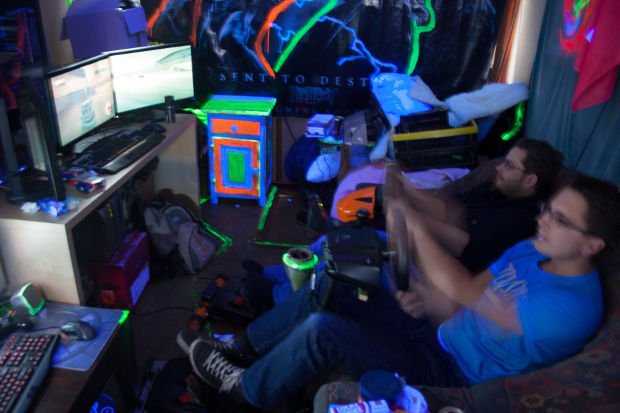 This time I’m passing you over to community member and mainland European head honcho mistic, who’s going to tell you about the NARP held in Essen, Belgium last month!

We rebuilt our racing area, so we now have a dual-racing setup for PC with a triple screen setup and a 32″ setup for the other PC (you can see Strikeman and Undergod racing their wheels off in the picture). Next to this we have a dedicated Xbox 360 racing setup which was mostly used for Forza Horizon this weekend. Apart from lots of racing, most of our efforts were dedicated to Trials Evolution, Wrecked and various co-op and versus games.

Modern Warfare 3 on PS3 was once again a huge favourite. We’re up to level 34 with 4 different characters purely on local splitscreen play! On Saturday we also had our customary BBQ, with Strikeman at the helm.

The weekend was over too soon and we’re now looking forward to our winter edition in February!

And that’s it for November! Got any ideas for making this feature better? Please sound off in the comments!