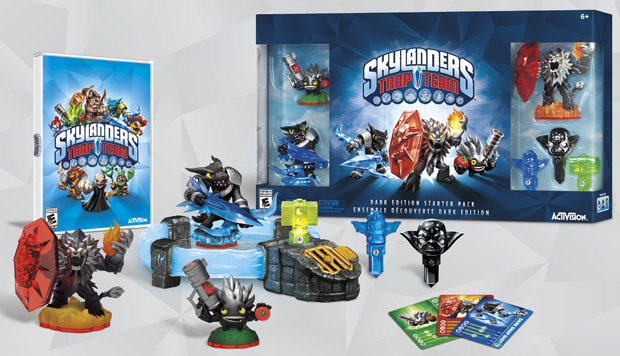 Skylanders will be all over San Diego Comic-Con

$99 to get started with Skylanders Trap Team in style — thank heavens I’m not a kid (or don’t have children, for that matter) because I’d be all over this. Activision has opened pre-orders for the Trap Team Dark Edition, which includes cool black-and-silver variants of new characters Snap Shot, Wildfire, and Food Fight; a two-sided poster; stickers; and trading cards.

This starter pack — available October 5 for PS3, PS4, Xbox 360, Xbox One, Wii, and Wii U — also comes with three traps, one of which can be used to capture Skylanders villain Kaos.

Find higher-res photos of the toys and traps below. Wildfire pulls off the look well.