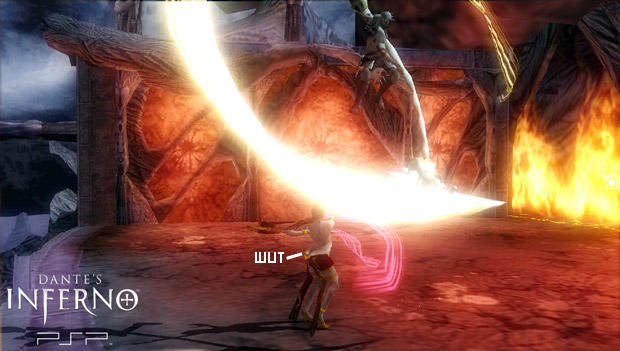 I don’t really care how contrived Dante’s Inferno may or may not be. As a die-hard action fanatic, I’ll be playing it either way — on a console, that is.

As for the PlayStation Portable version, not so much. If I couldn’t play God of War: Chains of Olympus because the PSP’s nub passionately hates my hands, I won’t be playing Dante’s Inferno either.

We were handed some screenshots of the PSP game, which looks similar to its console brethren, but scaled down in terms of graphics; not exactly ideal for a portable system, but what did you expect? The weird thing is, the pictures are huge. Why? I have literally no idea. Check the gallery to see what I mean.

Also, the signature for the PR company that sent the images over started with “Go to Hell.” These guys are committed.