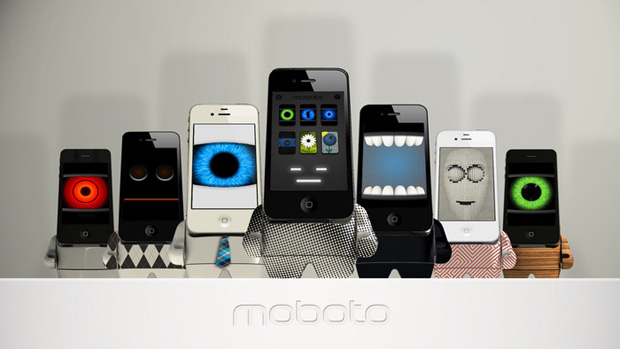 As if your iOS device wasn’t frighteningly intelligent enough, here comes Moboto, a mobile dock / designer toy that will ensure you never sleep again. I have a rough enough time dealing with Siri’s passive aggressive sh*t, but now the damn phone will have arms, legs, and a penchant for freaking you out at odd hours of the day and night.

Yep, this is how humanity falls.

This weekend, Liz Rugg and Geoff Henao of Flixist check out Emporium Arcade Bar in Chicago, Fraser Brown chats with the project lead of Crusader Kings II, Holmes asks if the recent Nintendo Direct stream was actually better than E3, Sup Holmes? welcomes Dyad developer Shawn McGrath, and Dtoider AlphaDeus shares a bunch of free music that he made and you should totally listen to because reasons.

The Question: Was June’s Nintendo Direct better than E3?

And Chips from Dtoider AlphaDeus is good for the soul

Forum thread of the day: Games that make you rage quit. (Page 6)

Japan gets 3-disc Kid Icarus: Uprising OST, we get jack