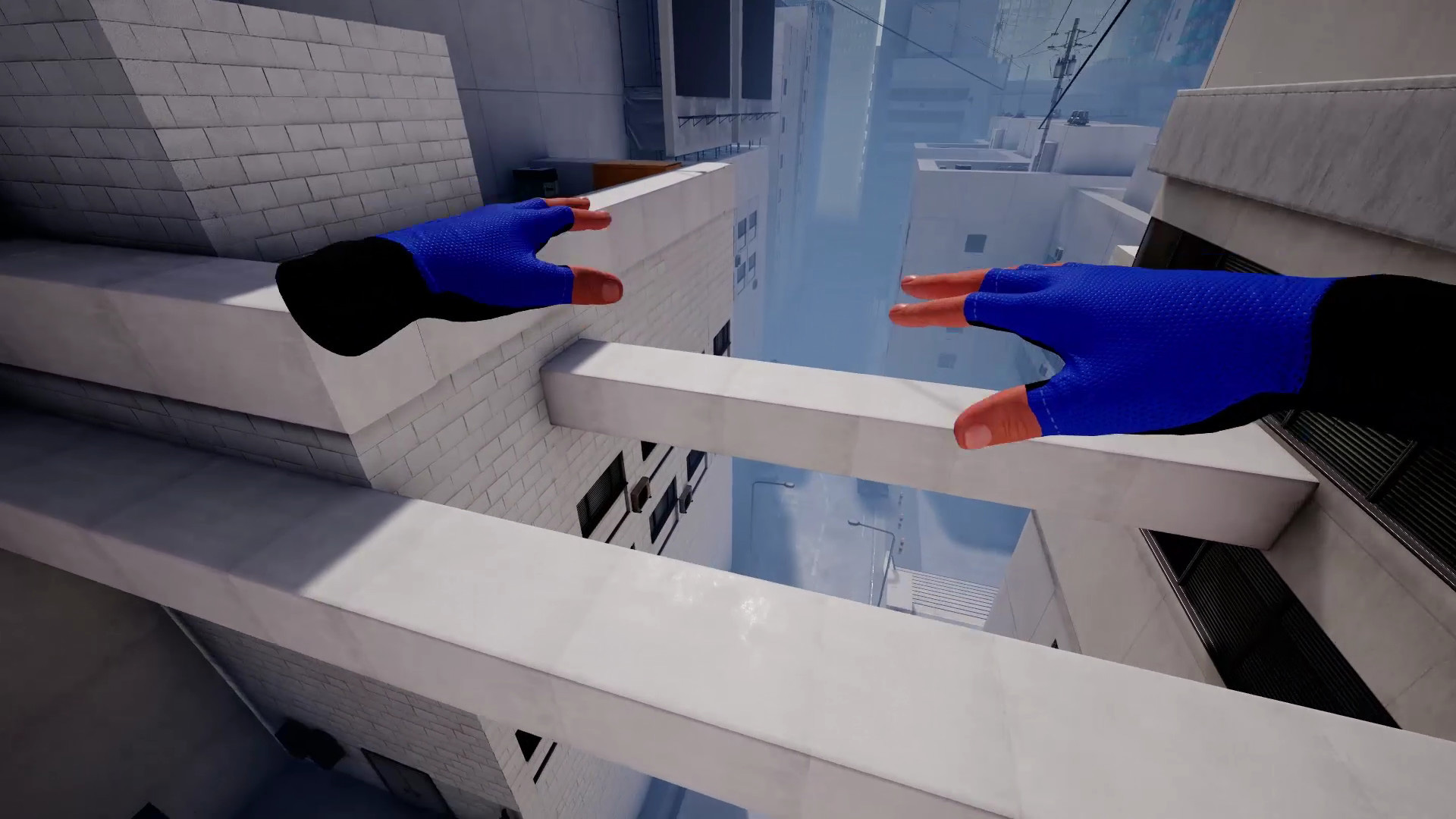 It’s not quite Mirror’s Edge, but it might be enough

VR parkour, as a concept, is full of thrilling potential – but only if it’s done well. Only if it nails that sense of scale, speed, and danger without making you ill. After seeing the trailer for Stride, a first-person platformer coming to Oculus Rift, HTC Vive, and Valve Index this summer, I’m crossing my fingers.

I wouldn’t go so far as to call this Mirror’s Edge in VR – the scope and execution aren’t reaching those same heights – but that’s the general headspace Stride developer Joy Way wants us to be in, I’m sure.

A note on that potential pit in your stomach: “The gameplay has been designed such that the player’s hand movements coincide with his avatar’s movements. This means that the load on the player’s vestibular apparatus is kept to a minimum. Although most people do feel minor uneasiness when they first start playing the game, as you master the controls, motion sickness disappears entirely.”

The trailer seems far more focused on the player’s agile maneuverability than the enemies, who are armed but don’t seem particularly threatening or even all that responsive, at least in this footage.

The main parkour side of Stride – racing across rooftops, leaping from balconies, zip-lining between buildings – looks entertaining enough to carry most of the burden, though. We’ll just have to see.

You can keep tabs on Steam if you’re in a District 13 sorta mood.