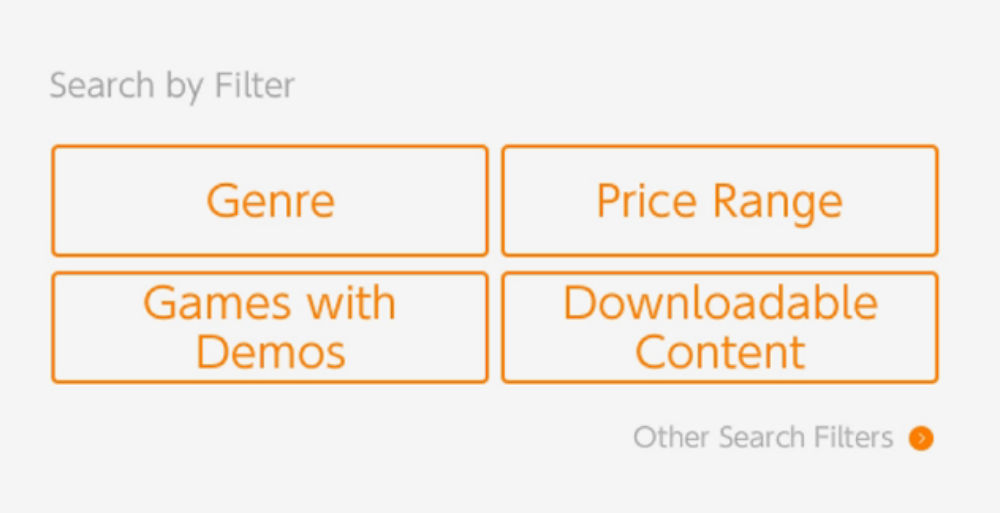 Several weeks ago I noticed that a whopping 36 indie releases were let loose upon the Nintendo Switch eShop at once. As in, 36 games, not even including big ticket digital projects, were plopped onto the singular Switch eShop. That’s…overwhelming, and without proper search tools it can be impossible to find things you might be interested in without combing weekly download drops. Nintendo is…starting to address that.

As of this week’s brand new system update, Switch users were stoked to find out that the eShop was altered to include a few handy search filters: DLC, demos, price ranges and a genre option. The DLC bit is insanely useful on its own, as I can’t tell you how many times I’ve annoyingly searched for a DLC, not found it, and then had to manually locate the base game, click through a menu, then scroll down and finally located it.

A lot of people like the matter-of-fact layout of the Switch eShop, and I also share that sentiment, but burying things in the eShop for the sake of style is not the right way to go about it. If Nintendo insists on adding 40+ games to the storefront weekly we need better ways to navigate it.