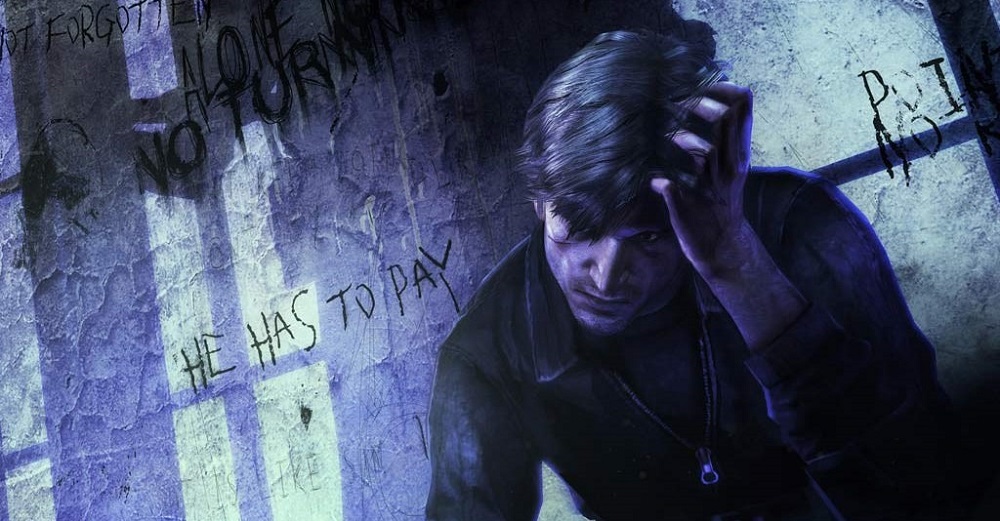 ‘I’m finished with the riddles, the mind-games… I’m done.’

“Lost the plot and for what?” sang Ed Harcourt on “Here Be Monsters,” one of Silent Hill: Downpour’s licensed tracks; a question easily applied to the acerbic state of the series in 2012. Looking back, Downpour was highly reflective of itself, the hamstrung product of a disinterested Konami.

At its core, Downpour was about two sides stuck in vicious circle. One was resigned and despondent, the other frustrated and full of blame. In an uncanny parallel, the frayed relationship between fugitive Murphy Pendleton and prison officer Anne Marie Cunningham was not unlike the one Silent Hill endured with its fans towards the end. 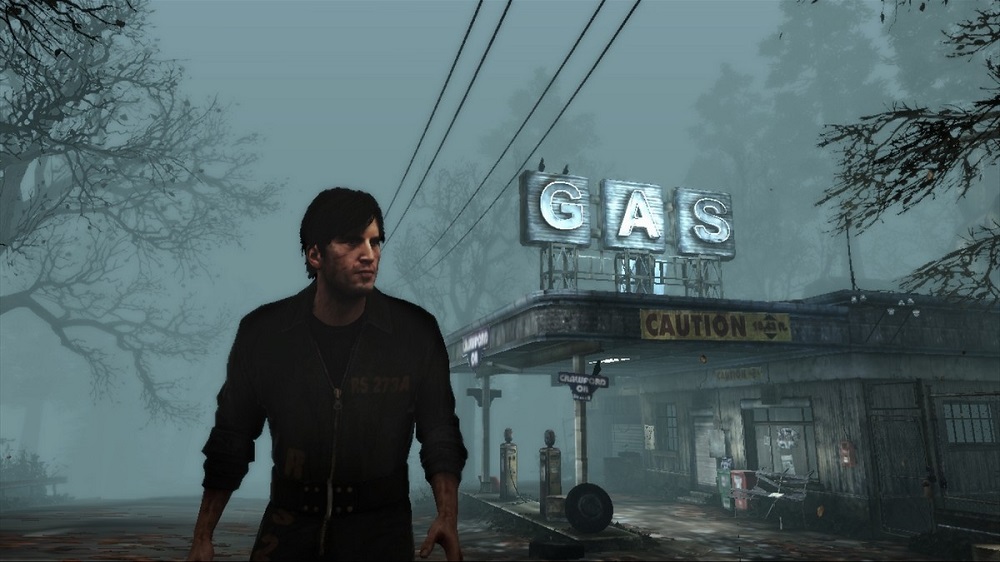 Downpour played out like a pulp thriller in the classical mould. Strip away the supernatural elements, and its film noir tale of vengeance was all the more apparent; a story where desperate people do selfish things for justice, redemption be damned. In Downpour, “good and evil” is merely an idea created out of rules and religion. It’s perspective and understanding that matters more.

Compared to the present day aesthetics of earlier titles, Murphy finds himself trapped in an almost retrofitted Silent Hill; a world of ’50s automobiles, roadside diners, sagely postmen, radio shacks, clock towers, petty crimes, and good ol’ Catholic guilt. Time has stopped for Murphy and Anne, the incessant rain harking back to when their lives were put on hold, in a dank shower room.

Out of all the Silent Hill protagonists, Murphy Pendleton is rather deconstructive of the series’ insular fare. His actions are wholly selfish, his path blunt and singular. While others suffered the same narrow vision, it’s here we see what happens beyond the blinkers. Personal decisions affected complete strangers, dehumanising them in the process, building up terrible images of each other before they meet. 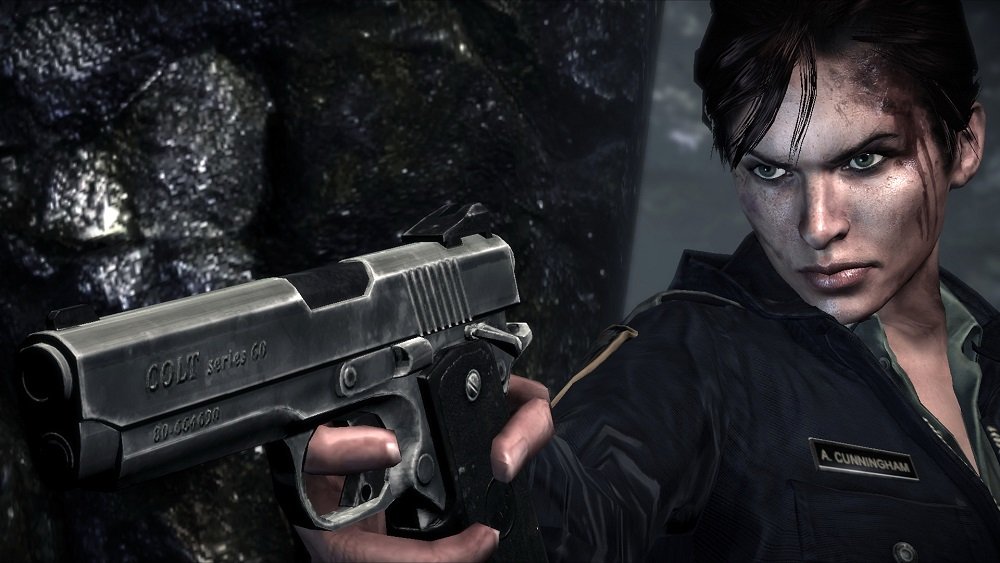 Ultimately, Anne Marie Cunningham is Downpour‘s true protagonist. To her, we’re the antagonist, the Bogeyman that killed her kindly prison guard father, Frank Coleridge. The Otherworld tortures Murphy on her behalf with its storm drains, jail cells, and leaking pipes, despite her inability to pull the trigger. Her vengeance is obsessive, hopelessly addictive; fearful of a future without revenge.

Anne’s inabilty to protect her father is no different to Murphy’s failure to save his son, but there’s something far more horrific in the way Anne corrupts herself, her own body, to see an act of attrition through to the end; an idea further expanded up on in the excellent and little read companion comic, Anne’s Story.

Murphy and Anne are two sides of the same coin (unsurprising given how it was originally a co-op title), both sharing the same go-for-broke, all-in attitude towards ruining their lives, pushing through the horror when no-else dares. And it’s their twisted bravery, or at least the idea of horror protagonists being proactive for the sake of plot progression, that ends up being one of Downpour‘s focal points. While they come to accept their mistakes through perserverance and judgemental ghosts, those along the way, like the pitiful JP Sater, choose the coward’s way out. Others merely shift blame and responsibility, as with prision guard George Sewell and the child molestor Patrick Napier. 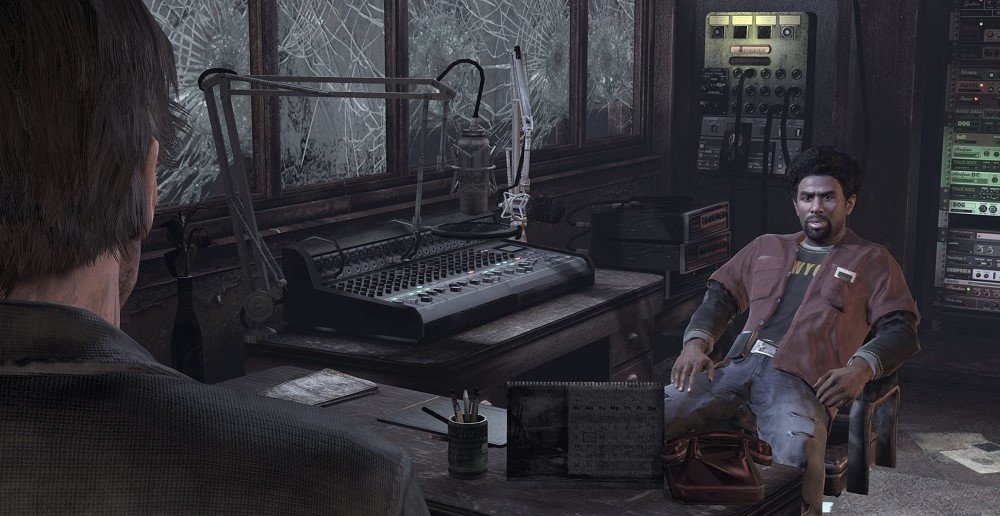 In one instance, they meet DJ Bobby Ricks; another victim of The Otherworld’s machinations. Ricks chooses to be subservient, forever stuck playing records, too scared to leave his surroundings. The complete opposite of Silent Hill’s explorers of the unknown. In Westernised hands, Silent Hill questioned what we took for granted, putting a human touch into an otherwise offbeat universe; where most characters nonchalantly accepted their divorce from reality.

Speaking of which, in a series where we must violently bludgeon our enemies to death to ensure our own survival, Downpour’s best endings were only achieved if Murphy maimed or fled from his foes. This time around, the creatures were humanoid – living dolls, sadistic prisoners, screaming females – designed to invoke mercy in the player. Personally speaking, Vatra Games’ designs were blunt and terrible, missing the sinewy mystery of Masahiro Ito’s designs, but the idea of seeing your victims bloodied and shallow of breath certainly brought back a contemplative edge to Silent Hill‘s combat. 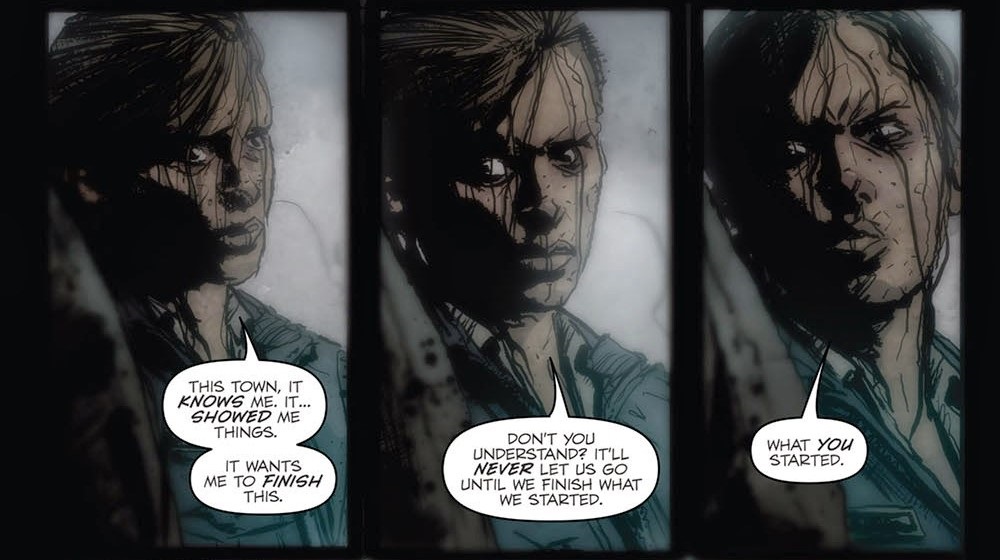 Downpour might be defeatist in tone, but it was hardly nihilistic. After a long, impulsive fight, it ends on a note of forgiveness and more importantly acceptance. Murphy and Anne don’t get to say goodbye in a movie-script ending, but it is rather apologetic, with both realising they were undone by another force.

Whether or not that’s reflective of an apologetic Silent Hill, a frustrated fanbase, and a bored Konami is entirely up to you, but it’s been difficult not to see the parallels while writing this retrospective. The final boss ends with you pulling the life support from a tired, overgrown monster and the secret birthday party ending feels empty and aged, as old faces fail to show up for the cake cutting. Overthinking it, sure, but hindsight is a fascinating and amusing thing when you start to see the odd connections. 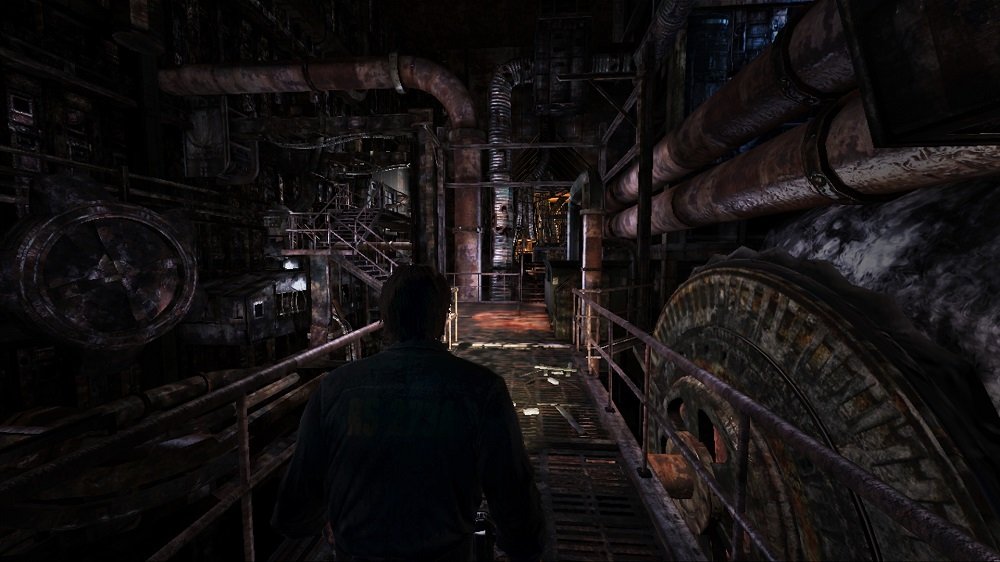 Downpour was antiquated in a time when the Xbox 360 and PlayStation 3 were drawing to a more sophisticated close. It’s depressing to know that the first game fully without those famous Team Silent names would also be the last, even though it’s a perfectly adequate slice of horror gaming. But, of course, adequate doesn’t really cut it in this day and age. You can say Silent Hill was undone by staleness and outsourcing, but personally, its creativity fell prey to financial numbers and changing markets; ending on a perceived whimper by the general public.