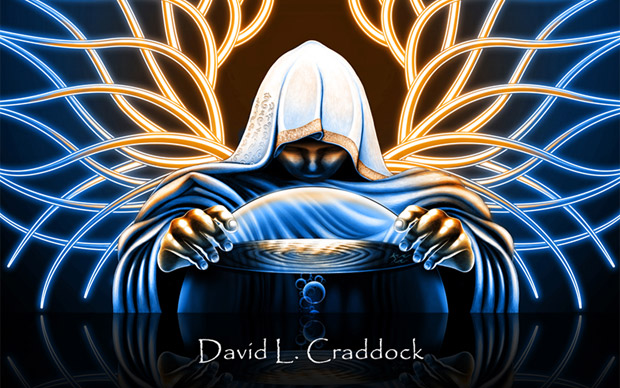 An excerpt from Stay Awhile and Listen

Recently, I’ve been making my way through Stay Awhile and Listen: How Two Blizzards Unleashed Diablo and Forged a Video-Game Empire – Book 1. Considering the game’s humble beginnings at Condor, it blows my mind to think about the success the franchise has gone on to have — to say nothing of its impact on action-role-playing games and our poor fingers.

Ahead of the book’s release next month, author David L. Craddock has shared an excerpt with Destructoid that delves into some behind-the-scenes design tidbits. He interviewed 80-plus developers connected to Blizzard Entertainment and Blizzard North for his three-book series. This passage covers quotes from co-founder David Brevik, composer Matt Uelmen, and more.

The following excerpt comes from Chapter 11 of Stay Awhile and Listen: How Two Blizzards Unleashed Diablo and Forged a Video-Game Empire – Book 1. Chapter 11 offers insight into how the team designed certain elements of Diablo such as lighting and a haunting soundtrack to capture the mood of gothic horror.

Stay Awhile and Listen: How Two Blizzards will be released for Kindle, Nook, and iTunes e-reading platforms and apps on October 31, and is available for pre-order now on iTunes.

After navigating through four cathedral levels, players followed the next stairwell down and emerged in the catacombs—four levels of earthen walls, winding corridors, and huge chambers. Like the cathedral floors above, light flooded every inch of the catacombs. Five months into development, Dave Brevik and Erich Schaefer hit on a way to darken Diablo‘s mood.

The lighting in the game was done on a grid basis. As you moved between squares, the lighting changed. So you click one square over and the lighting wouldn’t change until you stepped into the next square.

That was the easiest way to write the code, but Doron [Gartner] wrote an algorithm so that the game changed the lighting when your character moved a couple of pixels instead of once per square. He found a faster way to calculate lighting so we could update it more regularly, and that made a huge improvement to the game’s atmosphere.

No longer as bright as an office complex lit under the glow of fluorescent bulbs, Diablo‘s dungeons grew darker and tighter. [Blizzard programmer] Rick Seis and Erich designed corridors that were less orderly than the church floors above. Floor lamps, hanging torches, and burning crosses provided small pools of light. The bestiary expanded beyond the zombies and skeletons roaming the cathedral.

I like what we called the rhino demon [Horned Demon], the guy who just charged out of the blackness in the catacomb levels. I thought that changed up the gameplay a lot because you’d hear him and you had a chance to get out of the way.

I thought that was a great monster behavior we invented along the way.

When their health ran low and the chaos of battle became too great to manage, players could take trips back up to Tristram to sell gear, buy health potions, and repair weapons dented from carving up monsters. Those sojourns offered only a temporary respite. Ultimately, there was nowhere to go but down.

I think we really did a great job of giving the player a feeling of dread and claustrophobia. In terms of where so many of our artists were at and where the computer game business was at, it was really perfect timing.

It was a great response to what was dominating the business at the time, in terms of fantasy RPGs that really hadn’t conceptually advanced too much beyond the early Ultima classics, and titles like Myst, and the then-popular FMV [full-motion video] games.

In between wandering the office to chat about the game’s progress and playing every new build of Diablo, Matt Uelmen continued to coax the game’s score into existence. Intent on writing dungeon pieces, he attempted to create epic tracks befitting a fantasy adventure, but that didn’t feel right. Diablo wasn’t epic fantasy. It was gothic horror, a new type of game that demanded a new type of musical score.

Playing through each new build of the game and peering over artists’ shoulders as they worked gave Uelmen some direction. Holing up in his cramped noise room, he powered on his Ensoniq ARS-10 and mixed and matched samples until he hit on themes that worked.

I don’t think that the composition process was as linked to each particular background as one might imagine. What became the opening cathedral theme was actually intended to be something like a final boss fight theme.

The stylistic approach is pretty similar throughout the soundtrack. It generally consists of 70 to 110 second chunks that fade into each other, with more metered and focused material, like something with a strong beat or bass line, generally alternating with slightly more abstract “horror”-type material, like synthesizer cluster chords and distorted sound effects.

Players who survived four levels of winding mazes and increasingly dangerous encounters progressed to the caves, open space divided by wandering rivers of lava. Gone were the narrow corridors and doorways where players could bunker down and fight enemies one at a time. Four floors down, players emerged in the final set of dungeons and Erich’s ominous, atypical take on a Hell setting. Instead of clichéd lakes of fire, Erich fashioned walls made from bone, threaded glowing veins of blood along the walls, and skewered nude corpses on spikes.

Fittingly, the four levels of Hell that stood between players and their ultimate target harbored the game’s most dangerous monsters. Possessed knights roamed the halls. Vipers slithered around upright, brandishing swords. Evil magi cast fire and lightning. And succubuses swayed toward heroes too busy gawking at their bared breasts to notice the blasts of magic forming in their hands. In the background, the fruits of Uelmen’s labor complemented Erich’s hellish visuals: a low drone punctured the bubble of silence and rose in pitch while drums boomed and crashed.

When a creature died, it had to fit in a certain space. That’s why a lot of the death animations in Diablo involve disintegration: the body just disappears because after a while we couldn’t come up with different ways to do [death animations] in one spot. You had to collapse the bodies.

So the succubus’s death was done so that her body would fit in the tile. You know, the whole bending over, getting in that doggy style position. The animation was very suggestive, and I was like, “I kind of like that.”

With the way she was dressed as a seductress, it fit her character. And the guys liked it, so it stayed.

On level 15, players faced off against the Archbishop Lazarus, Diablo’s chief henchman, before stepping through a blood-red portal that warped them to the Lord of Terror’s lair. Unlike previous levels, the lair was pre-built and populated with a series of switches heroes had to throw in order to reveal the final boss.

I kind of knew what feelings I wanted to get from Diablo, but really it was Michio who pretty much nailed it right away. We knew we wanted a demon-like figure, and he nailed it pretty quickly. I thought his model and design were just excellent.

I did an initial version of Diablo very early on when we were pitching the idea, so I had almost the entire project to figure out what I wanted to do with the last boss.

For Diablo, I did the concept art, the model, and the mapping. By then, we had Ben Haas and Pat Tougas, who took over animations when they came on board.

The Lord of Terror made his presence known far before he came into view on the screen. Red flames erupted from the ground beneath players as they fought their way to his chamber. Once in range, Diablo was a towering monstrosity of red scales and curled spikes, by far the largest monster in the game. Up close, he put aside spell-casting to unleash devastating swipes and blows with his clawed hands.

When Diablo was finally put into the game, he was hard. They hadn’t fully balanced him yet, and he was hard. Holy crap. We were dying left and right, but it was fun trying, and seeing him on-screen: “This is him. This is Diablo.”

Every time somebody would get to Diablo, everybody would congregate and check him out and see how they were doing.

The first book in the Stay Awhile and Listen series will be released for Kindle, Nook, and iTunes e-reading platforms and apps on October 31, and is available for pre-order now on iTunes.