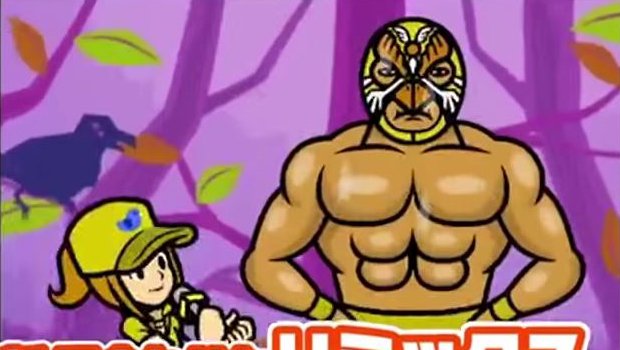 Time to get tappin’

When word got out that Rhythm Heaven/Tengoku music director Tsunko was diagnosed with laryngeal cancer, fans were sent into a state of fear for both the man and the series he co-created. Thankfully, he has reportedly responded well to treatment. Still, I’m guessing his illness is part of why the upcoming 3DS entry in the series has only 30 new stages, with the remainder of the +100 levels being recreations or remixes of stuff from prior games.

It’s looking like Rhythm Tengoku: The Best+ will instead work to draw players in with new ways to play. According to a fan translation of the latest issue of Famitsu, the game will feature a story mode and four player multi-player. We’ll also be getting a stage about a cat who helps a wolf cut wood, a “retro” version of the Samurai Slice concept, and levels based on the Endless Rhythm stage of Rhythm Heaven Fever, a series of games that are almost impossible for most human beings to unlock.

If Nintendo wants to make a lot of people happy at E3 in a couple of months, they’ll announce that they’re bringing Rhythm Tengoku: The Best+ to the U.S. and Europe this year, along with Smash Bros. 4 DLC featuring The Chorus Kids.

Rhythm Heaven: The Best+ – another round of details [Gonintendo]