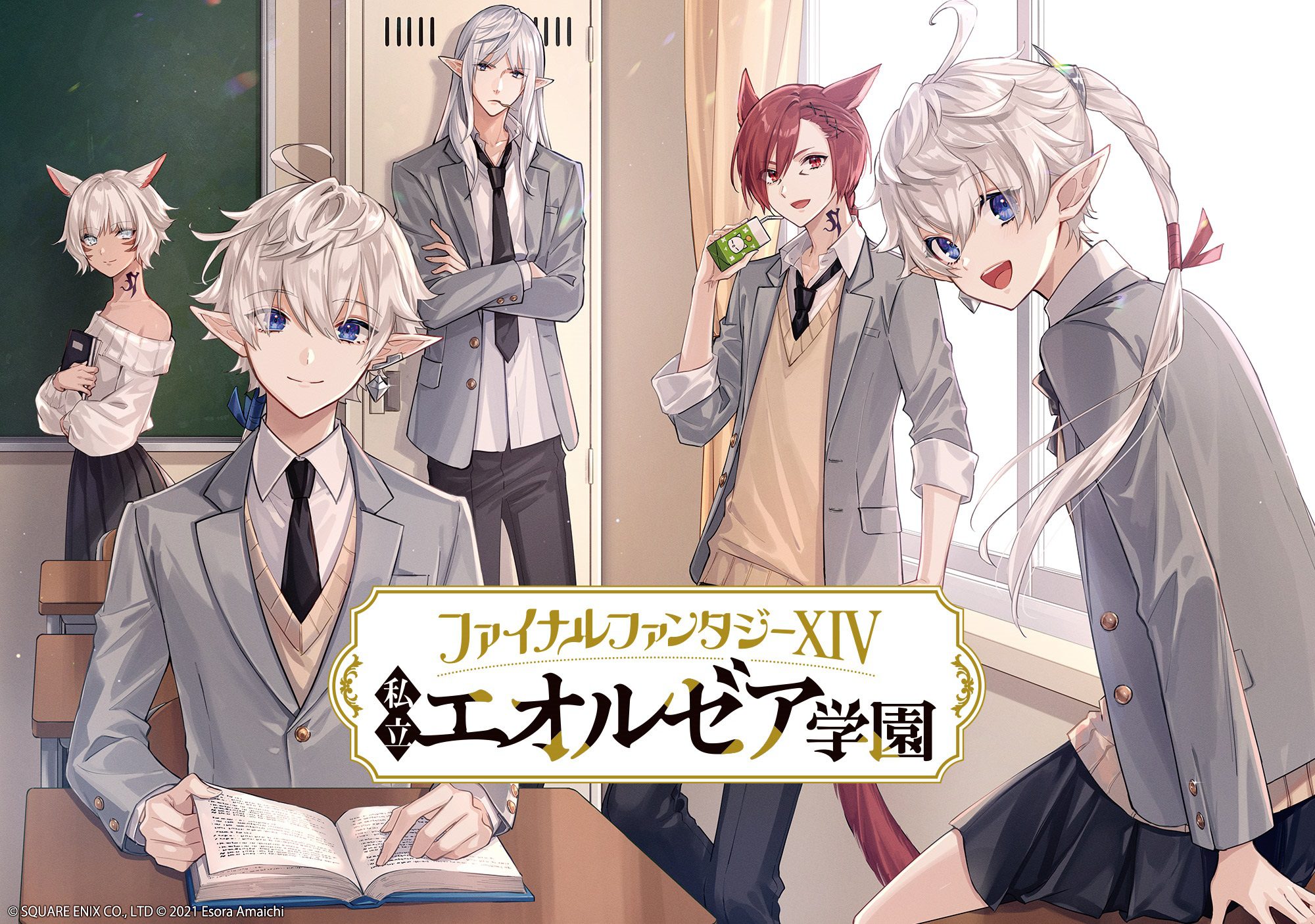 Outside of in-game microtransactions, Square Enix has shown a decent amount of restraint with their runaway hit Final Fantasy XIV. I mean, the game is getting bigger and bigger each passing year, and there’s plenty of opportunities for cross-media projects like board games, shows…and manga. About that! We’re getting a Final Fantasy XIV manga.

Confirmed by 4Gamer, the Final Fantasy XIV manga Eorzea Academy will be coming to the app “Manga Up” in Japan on December 24. According to the site, new issues will be delivered “every other Friday.” Described as a “comedy manga,” it will focus on popular characters Alisaie and Alphinaud: but as evidenced by the promo image, other cast members will be appearing too. Some form of conflict and that classic “rival school” concept will be afoot.

The concept will play out in a “what if” format, having characters play students and teachers. If you aren’t familiar, this is an extremely popular and marketable concept in Japan, with many anime/game series following the same format. Ei Ameichi will be heading the project up, with supervision from the Final Fantasy XIV management team.

As Siliconera points out, this thing has actually been quietly marinating for several years, since it was posted in 2019 seemingly as an April Fool’s joke.