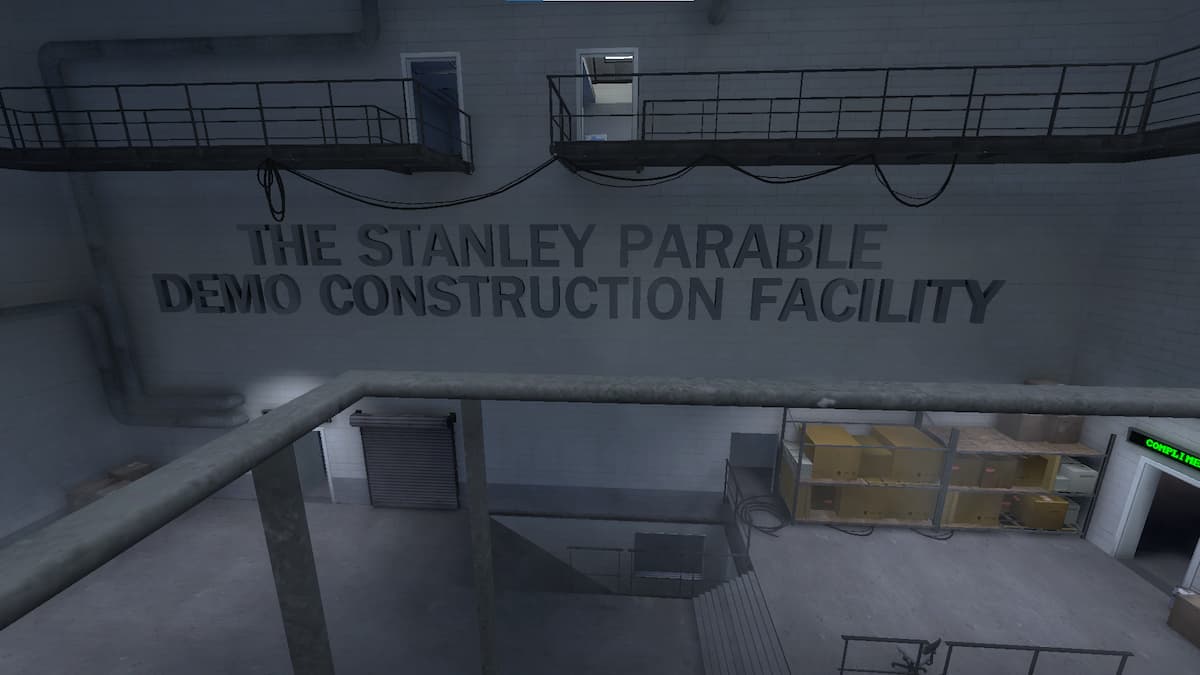 Down, but not out

There’s an art to a good video game demo. How do you make a slice of a game available to prospective buyers that’s both representative of the final product and small enough that they still want to buy it? A video game is interactive, so a perfect “trailer” for a game should also be interactive, but how do you ensure that you’re not showing your whole hand? A movie trailer can include a curated slice of narrative, but a demo must include a curated slice of gameplay, just enough to hook the player without handing them a full game. It’s a delicate balancing act.

These days, it feels like the “demo” is in an interesting place. Very few AAA titles put in the work to offer up an interesting demo of any kind. In the rare instances that they’re available, the playable advertisements for modern AAA titles feel less impactful than they once did. Some stewards of the demo have preserved the art form for us all, though, and in some quiet corners of the world, demos are better than ever.

My favorite kinds of demos are the ones that feel like their own little games. Take, for example, the phenomenal UNBEATABLE [white label]. Despite being, ostensibly, a free sampling of gameplay and narrative to accompany the upcoming rhythm game UNBEATABLE, this “demo” features a full-fledged side-story and tons of music. It’s a discreet enough offering that it feels like its own rhythm game entirely. Voice of Cards: The Isle Dragon Roars is a game that I don’t really care for, but it’s got an impressive demo that manages to show off the combat system and some of the world without containing a single piece of gameplay or story from the full title, acting as something of a prequel focused on a few side characters. These “side-game” demos are a relatively new concept, and a signal that care still goes into some demos, even now.

Another great example of this format is The Stanley Parable Demo, which is basically a companion piece to the 2013 game. It’s got the sense of humor that you’d expect out of The Stanley Parable, and it’s perfectly representative of the game without giving away any of its myriad surprises. In fact, The Stanley Parable Demo is probably a more incisive and meaningful breakdown of the video game demo than anything I can offer here. I was pretty disappointed when The Stanley Parable Ultra Deluxe, one of my favorite games of 2022, contained no mention of the demo at all – a symptom of increasingly demo-light times, I suppose.

The more obvious “good” type of demo is one that offers up a tiny slice of the main game that demonstrates its strengths to the player. These have become increasingly less common, but a good example is something like the recent Forspoken demo. While I don’t enjoy playing that demo at all, it feels like I know what to expect after playing it (despite the developers’ protestations). The demo for Backpack Hero, an under-appreciated indie roguelike, is another recent demo that I love. It tells you exactly whether or not you’ll enjoy the full title without giving away the whole experience. These are the types of tried-and-true demos that have existed for decades, and they’re as rewarding now as ever.

You know what’s not fun to see when you’re trying to decide whether or not to buy a game? A running clock. Resident Evil Village‘s time-gated demo was a disappointing sign of the times for me. The demo only contained a tiny portion of the full game, but you could only play the thing for about an hour before you were locked out. I’m speaking in the past tense because, after Village‘s release, the demo was delisted entirely. The time-gated demo was only available for a limited time.

Here’s the thing that bugs me about this – when I was younger, I had a very limited amount of money to spend on video games. During that time, I would save my money while playing through demos. This is how I discovered some of my favorite games. Months before I bought Cave Story from the DSiWare shop, I played about ten hours of its fifteen minute demo on WiiWare. In fact, WiiWare and Steam demos were vital in fostering my love of gaming (I came up in the age of the digital storefront, right at the tail-end of the demo craze).

I fell in love with those games precisely because I could spend so much time with them before I bought them. Demos can act as a way to advertise to an audience with a limited budget, and it seems supremely stupid to lock that audience out before they’ve had time to make a financial decision. Resident Evil Village is really good, and its demo could be good, too, but even when it was available, it missed the mark by a wide margin.

Capcom pulled the exact same trick again with the Resident Evil Village Gold Edition demo. This is a scummy, irritating practice designed not to entice players, but to prey on their FOMO. Compared to the demo discs and simple one-time downloads of old, it comes off as downright cynical. And it gets worse.

I need to talk for a second about my least favorite kind of demo: the PlayStation Plus Premium game trial. After Sony’s recent PlayStation Plus overhaul, game trials were added to the highest tier. If you pay about 18 dollars a month, in addition to pother PS Plus perks, you can play select titles for about two hours for free. I’ve already talked about why time-gated demos are frustrating to me, but charging for time-gated demos feels almost insulting. That Sony seemingly encourages developers to use this system in place of a traditional demo is even worse.

I recognize that this system isn’t entirely dissimilar to the way demo distribution worked in the past. Demo discs, which many would regard with nostalgic fondness, were frequently packaged as “bonuses” in magazines and cereal boxes and the like. But digital distribution back then simply didn’t exist the way it does now, and charging for demos is bizarrely archaic (especially given that you can’t keep said demos forever, or even for the duration of your subscription).

I don’t mean to be overly-pessimistic here. Like I said, the best demos of today are better than anything that came before them. It’s just frustrating to watch the highs get higher only for the lows to get so much lower. Oh, well. At least One Piece Odyssey is getting a demo.