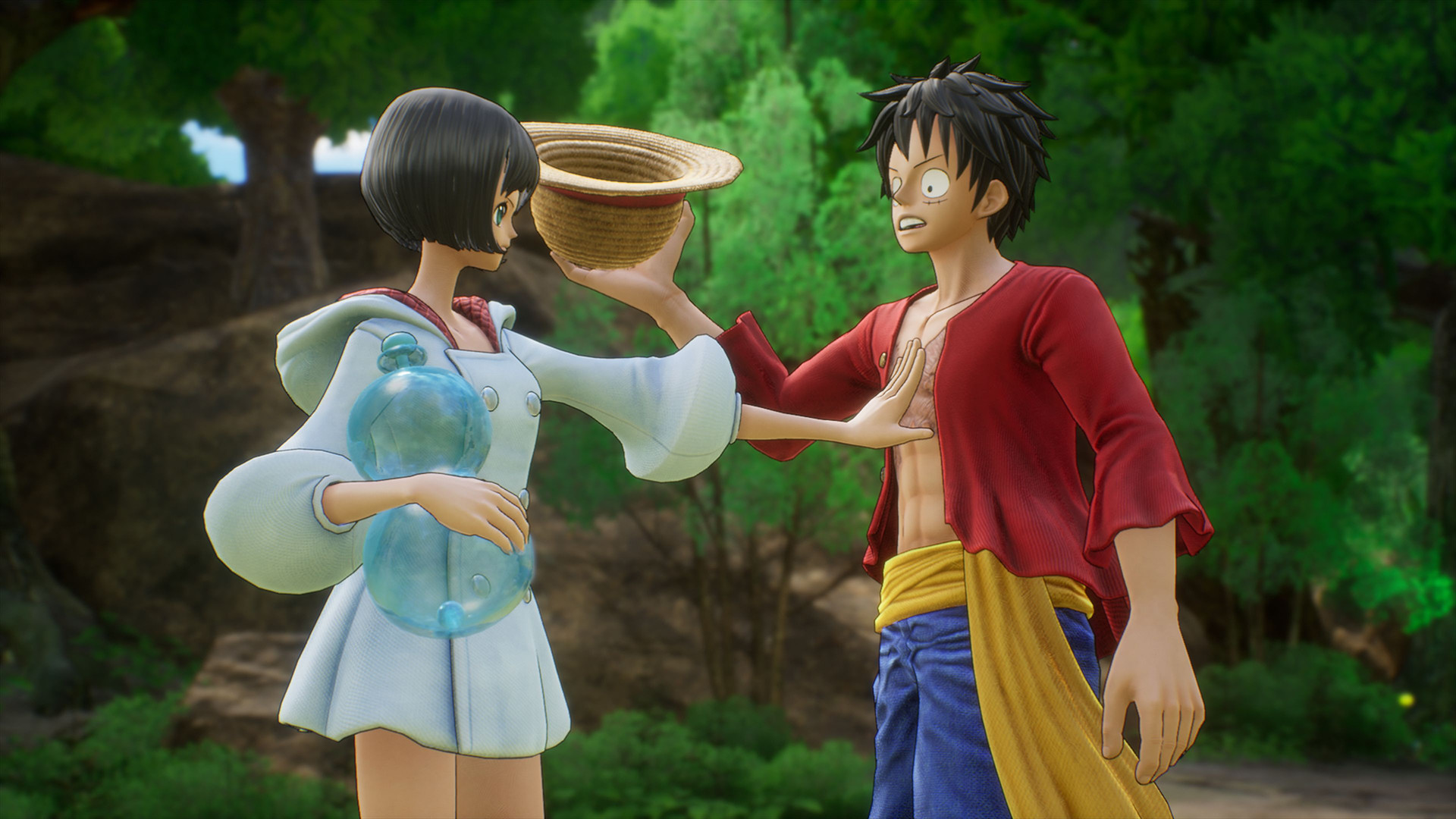 Save data will be transferable to the full game

Producer Katsuaki Tsuzuki announced in a new video today that a One Piece Odyssey demo will go live on January 10, just ahead of its January 13 launch date.

The demo will cover roughly the first couple hours of One Piece Odyssey, and save data from the demo will transfer over to the full game. It will follow Luffy and the crew washing up on the island where Odyssey takes place, coming face-to-face with new obstacles to overcome, and likely plenty of RPG battles.

Tsuzuki says the demo will highlight specific parts of what makes Odyssey a bit different, including its RPG bend towards tactical battles rather than action-heavy fights. The producer does note that since RPGs tend to have various elements unlock gradually over time, not all of the features can be discovered in the demo version.

Specifically, the memory worlds shown so far won’t be in the demo. These are areas that let the Straw Hat Pirates revisit pieces of their past, going back to old memories of places to relive them. Those will be available after the demo version.

While it’s a short span of time between demo and launch, this is at least a good chance to try out One Piece Odyssey to see if it’s for you. While One Piece is no stranger to more action-oriented adaptations, Odyssey dives into the realm of RPGs. It’s an interesting twist, and one that actually has me—an anime and RPG fan who doesn’t normally vibe with One Piece—fairly interested.

The chance to try it out will arrive on January 10. Otherwise, One Piece Odyssey sets off on January 13 for PC, PlayStation 4, PS5, and Xbox Series X|S.