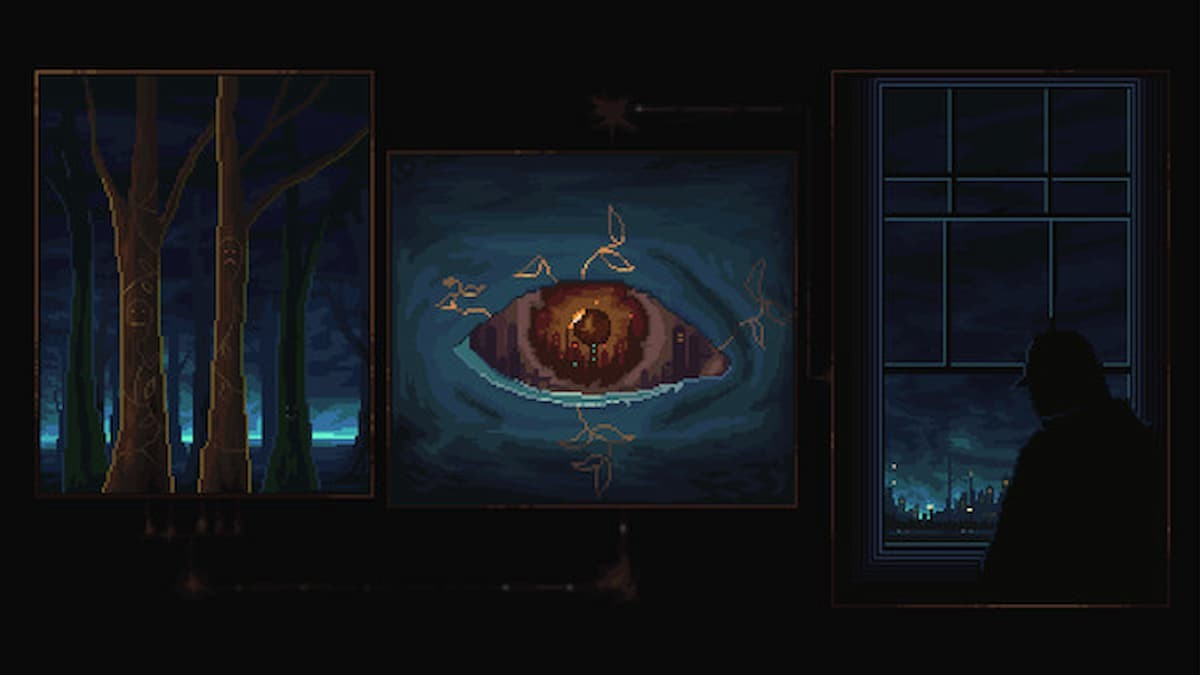 I didn’t have to whittle this list down too much – while there were a lot of smaller games this year, I only really loved a few. Personally, I prefer that to a year with a massive wave of just-okay games crowding out the ones I’m actually interested in. 2022 didn’t see all that many releases from massive developers, which meant shorter mid-budget titles and indie games had the chance to really stand out, and I had the chance to play a lot more of them. There was plenty of chaff in there, but I also got to see some wheat I may have otherwise missed. I might not have even played some of the games on this list in a busier year. So thanks, 2022.

With all that being said, I’d like to run down those excellent games that gave me that warm and fuzzy game of the year feeling.

Vampire Survivors showed up at just the right time for me. At the beginning of the year, I contracted COVID-19 after seeing the most recent Scream movie in theaters (the illness was nearly as bad as the movie). Blessedly, Vampire Survivors had entered early access only a few weeks earlier, and, as luck would have it, I had a spare three dollars burning a hole in my pocket. And that’s the story of how Vampire Survivors made my quarantine bearable.

This is by no means a difficult game, but it’s a microcosm of what I love about RPGs. Watching my character go from a wimpy little single-weaponed loser to a screen-clearing god over the course of thirty minutes is the kind of dopamine hit that I just need sometimes. This is not a joke – I just opened Vampire Survivors to grab a quick screenshot for this entry and I accidentally played through an entire run.

I don’t really understand why so few people played Ghostwire: Tokyo. I get that it was never going to be a God of War-sized smash hit, but this is the third title from a studio with a decent reputation, and the pitch is great – explore the haunted streets of Tokyo while slinging Doctor Strange-ish magic at various ghosts and spirits. What’s more, the execution of all those ideas is pretty great.

The empty city at the heart of Ghostwire: Tokyo is gorgeously haunting, and the moment-to-moment FPS combat feels great. The banter between protagonist Akito and his ghost buddy KK keeps the middling story from dragging the experience down, and collecting what feels like one trillion different objects scattered around the environment is a blast. It doesn’t reinvent the wheel, but it rolls along just fine.

Nobody needs to hear me talk about Neon White. I’ve touched on its cringe-and-proud writing in the past, and anyone who’s spent more than a couple hours with it knows how instantly addicting its speedrunning parkour loop is. Neon White is very good, and if you haven’t played it by now, you really should.

I’m reminded of something like Celeste, a game that made me love precision platforming where other precision platformers could not. I don’t care for speed games of this nature, and yet, I cannot stop gunning for those shiny blue medals in Neon White. It’s just so great.

I have a confession to make: while I love nearly every Resident Evil game released after 2005, I kind of can’t stand classic survival horror games. I love the eerie atmospheres and the carefully constructed environments, and every time I start Silent Hill, I become briefly convinced that it will become my entire personality. But I’ve never finished Silent Hill.

I did finish Signalis, a lo-fi sci-fi sendup to survival horror stories of the PSX era, and I thought it was great. A lot of the things I struggle with in those early survival horror games (esoteric puzzles, poor sense of direction, clunky gunplay, constant inventory management) are present here, but I forced myself to muscle through them, and I found myself really liking them. I was also very taken in by Signalis‘ setting and its beautiful art style. I guess I should go finish Silent Hill now.

Poet Robert Graves once said, “The remarkable thing about Shakespeare is that he really is very good, in spite of all the people who say he is very good.” That’s kind of how I feel about Elden Ring. Often, when a game connects with absolutely everybody else, I can’t help but look for its shortcomings. I always end up scouting for the seams, the compromises that must have been made to appeal to such a wide audience.

I did exactly that with Elden Ring. I loved the thing on release, and I poured dozens of hours into it, but as soon as I stopped playing, I started assembling my little list of contrarian gripes. It’s repetitive, the narrative coasts on being esoteric to mask the fact that it’s kind of boring, there are too many damn systems to make “system mastery” feel satisfying, and so on. And then I came back to Elden Ring, and all of those complaints melted away. Because Elden Ring is very good, in spite of all the people who say it is very good.

Metal: Hellsinger is a rhythm game with designs that imitate 2016’s DOOM and a boss fight set to a Serj Tankian solo. It’s great.

The Stanley Parable is the kind of game that you should play if you have any interest in video games as a means of telling stories, and that’s especially true now, with the Ultra Deluxe package representing a reasonably major reinvention of the original concept.

Immortality is the story of a movie star whose three films were never released to the public. The player takes on the role of an archivist, simultaneously assembling those unreleased films from recovered footage and attempting to unravel the mystery of what happened behind the scenes. It’s a story about cinema, and the image-matching game system is a perfect match for that narrative. Her Story is a story about language, the words we use and the reasons we use them. In contrast, Immortality is a story about images, a much headier concept in a much more satisfying package.

Norco is one of those games that feels special from minute one. This bizarre point-and-click adventure set in a near-future version of the real-world town of Norco, Louisiana is dreamy, melancholic, and simply amazing. It’s a striking anti-capitalist text, but it’s also a love letter to the kind of place that doesn’t often receive love letters.

I have found myself considering something new about Norco almost every day since I played it. It blends its near-future dystopia with its current-day problems absolutely expertly. This is the kind of game where a dying mother does gig work in order to amass cryptocurrency to pay for her own digital ghost. It’s full of tragic sci-fi conundrums like that, and I can’t stop thinking about it.

I don’t know all that much about pre-revolutionary France. I know even less about gambling, and next to nothing about cheating at card tables. And yet, while playing Card Shark, I felt myself becoming an expert at cheating at card games in pre-revolutionary France. Nerial’s period piece, which focuses on the pupil of the Comte de Saint Germain (history’s greatest liar), is a thing of beauty.

Card Shark looks amazing, and its story is a charming and touching testament to the proverbial little guy, but where it sings is in its gameplay. The card tricks performed in the game are based on very real cheats, and Nerial has produced something of an interactive handbook for fraud. Every trick is taught to the player carefully, and executing on them feels like playing a very painterly WarioWare micro-game. Part of me wishes it was a little longer, but the narrative itself is very well-paced. I just want to play more of the thing, which is a very good problem to have. It’s an incredibly specific game, but the one that I loved the most this year.