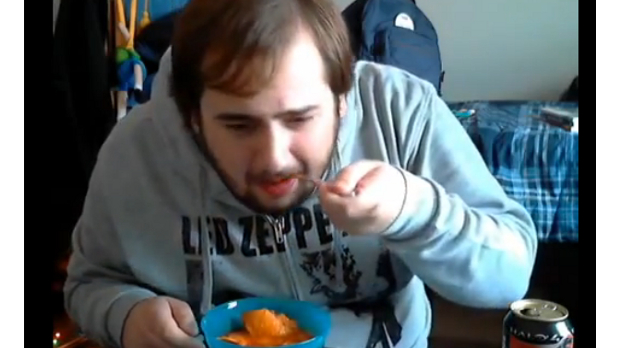 During yesterday’s Hotness, community member N7 partook in what is now infamously referred to as the “Max Scoville Mtn Dew Challenge.” While these copycat attempts lack the ‘NOT FOR CONSUMPTION’ of the original, they’re bound to make you shudder all the same. Today, Destructoid contributor Brett “Panda Baby” Zeidler took part in a self indulgent 10 minute gross out fest. Will it be my disgusted mug on the front page of tomorrow’s Hotness in solidarity with these ignoble savages? (No. It won’t.)

Also the United States had some election, or something. Woop!

Today, the sprightly Jonathan Holmes positively reviewed a surprisingly different-sounding Paper Mario game for the 3DS, the illustrious Jim Sterling reviewed a disappointing attempt at a horror game, the gregarious and verbose Hamza Aziz wrote a guide to give you a leg up over your friends now that Halo 4 is out, and more!