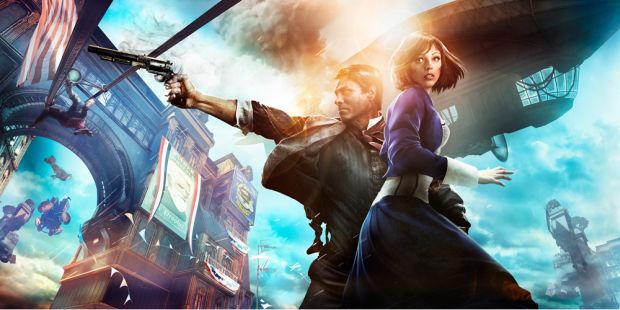 So, I’m sure you’ve heard by now: basically everyone who’s had the opportunity to play and review BioShock Infinite says it’s the cream of the crop. Check out our very own review by Jim Sterling!

Besides preparing ourselves for Infinite, we played catch-up from the craziness of PAX East that happened over the weekend, we’re giving away in-game Defiance goodies, Tony reviewed HarmoKnight, and so many more amazing things happened on 3/25/2013.

Contests:
Gain an unfair advantage with the Defiance scavenger hunt

Previews:
User-made content in an SRPG?! Hands-on Telepath Tactics
Ray’s the Dead is Pikmin with zombies
Magic 2014: Duels of the Planeswalkers sneak peek
Electronic Super Joy is hardcore, will make you rage